The last few days leading up to Chloé's birth are SO vivid in my mind.  I had so many different emotions - I was mourning the fact that Stella would no longer be our only baby and that our attention would be divided.  I was terrified of the change and finding our new "groove."  I was nervous about the procedure itself… People were SO excited about the birthday and meeting the baby, but they weren't the ones being cut open and going through the C-Section recovery. I was also VERY VERY anxious about the breastfeeding because with Stella it is the thing that stands out most to me as the hardest and most painful adjustment of motherhood.

The weekend before Chloé was born, I took Stella to get her very first haircut so it would look cute for pictures. As you can see, she survived but was NOT a fan! On Monday, the day before Chloé was born, Stella and I had a day date to Build-A-Bear to pick out a stuffed animal just for her.  It was such a sweet time for us- She is really into Curious George right now so naturally she picked out the monkey and named him George.  What is really sweet is that we printed out his "birth certificate" and it will always be the day before Stella became a big sister.  We had the best time. 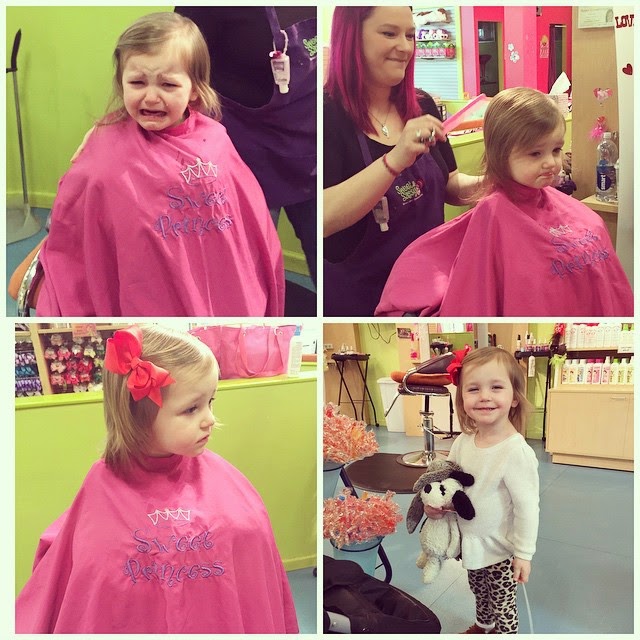 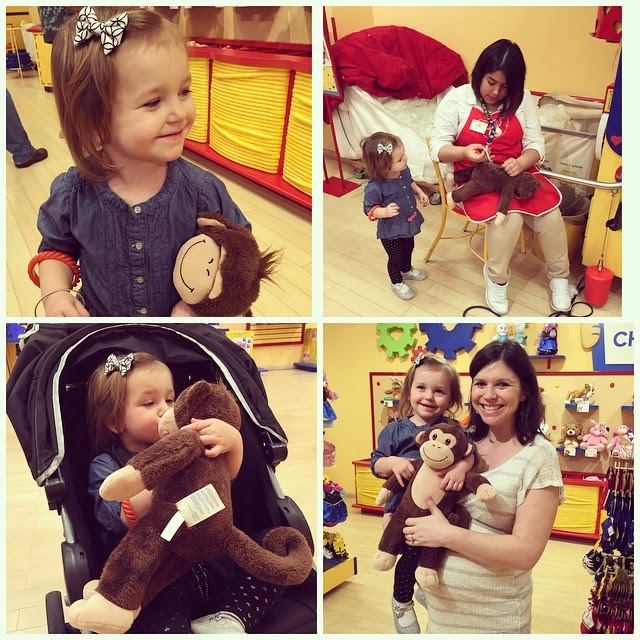 I bawled my eyes out that afternoon as we dropped her off at my moms house for the last time as our only child.  The next time we laid eyes on her, we would know her sister. What she looked like, how much she weighed, and all of those wonderful newborn feelings. 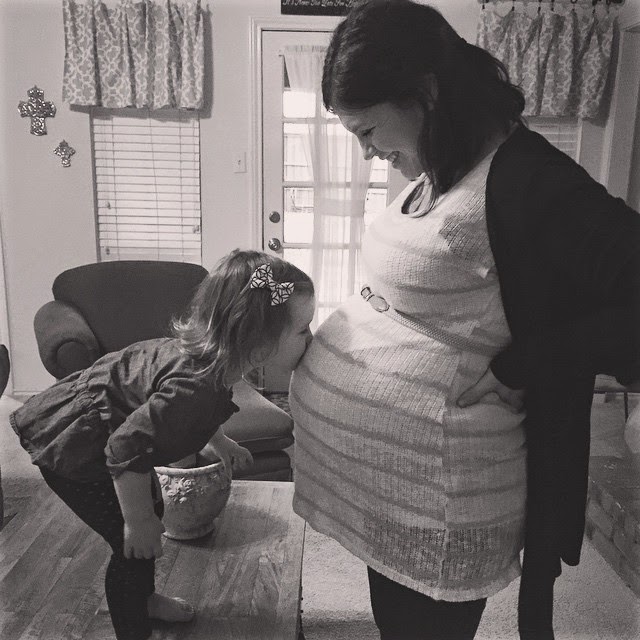 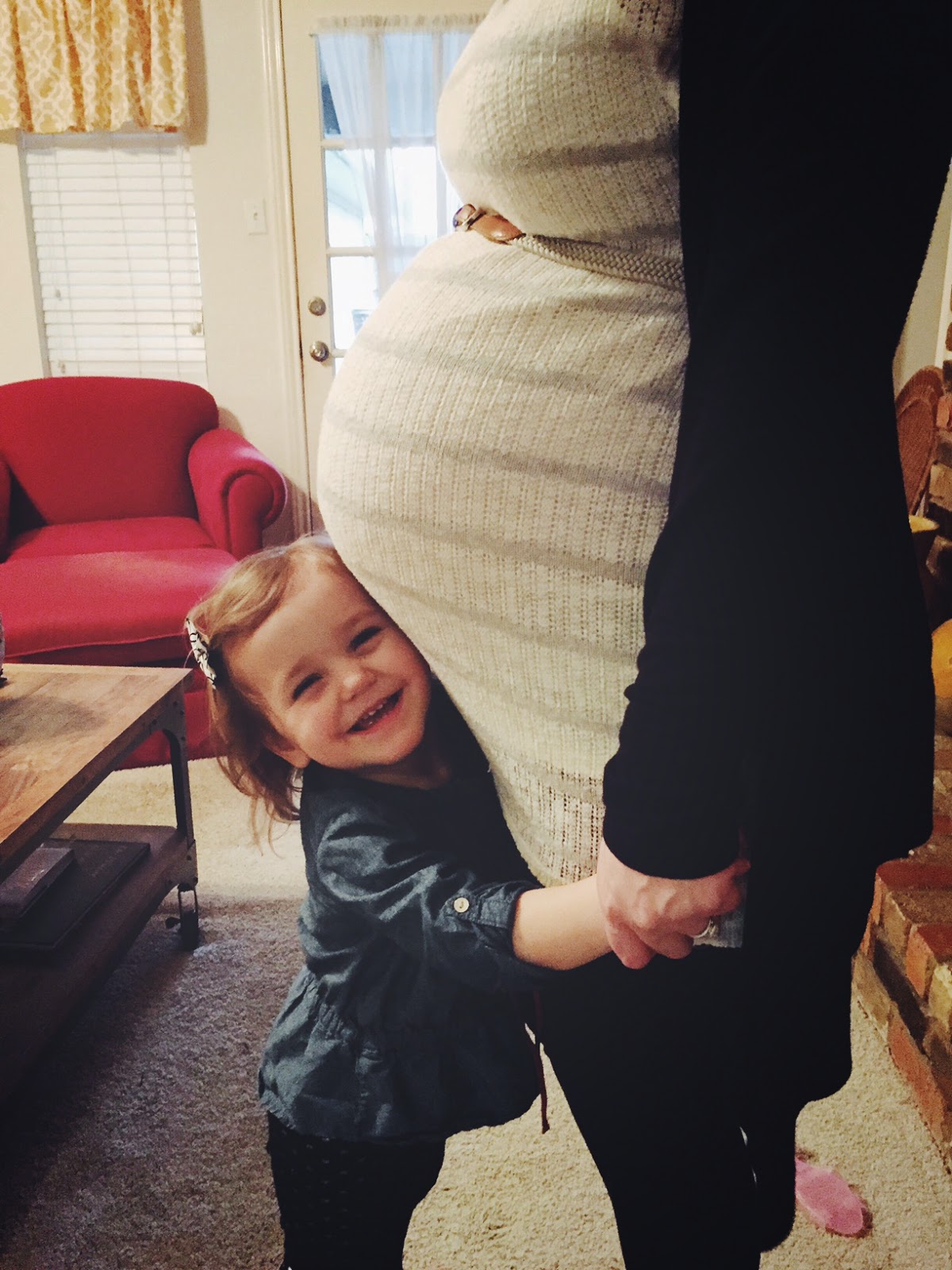 Later that night, Logan took me out on a date to get sushi as my last meal.  We chatted and FINALLY zeroed in on her name.  Up until the night before, we were going back and forth on the middle name.  Chloé had been the front-runner first name for most of the pregnancy BUT we were open to that changing if another name came along that we liked better.  In the end, after meeting her, we realized Chloé had ALWAYS been her name.  I can't imagine anything else more perfect for her. The middle name "Grace" was perfect for this season in our life- Over the span of this pregnancy, God has provided for our family in the most unreal, supernatural ways and shown His amazing grace for our growing family.  We wanted to use "Grace" to remind us of everything He brought us through during this pregnancy. 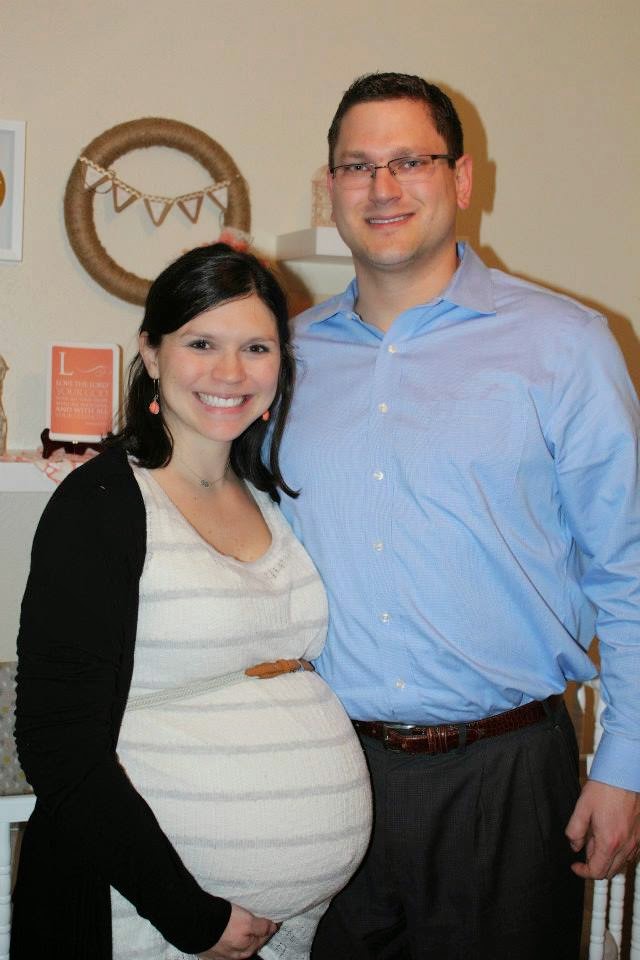 After sushi, we got everything packed in our hospital bags, I showered and fixed my hair, and Logan set the alarm for 4am since we had to check in at Baylor at 5:30am.  We tried to go to sleep by 10:30pm that night but heaven knows I did not sleep a WINK! I was full of nervous excitement and energy.

Sure enough the alarm went off and it was go time. Logan called his parents in France on the way to the hospital and we said a long prayer for my nerves and the delivery. We got there a little early so we made a "birth playlist" together on Logan's phone for them to play during the procedure.  After we checked in, I immediately got taken back to the room and hooked up to machines to monitor my heart rate and the baby's too.  They also started me on an IV.  All of the nurses were so nice, even when I had my one "burst into tears because I was so overwhelmed" cry…. My parents and sister showed up around 6:30am to say "Hi" and give me a kiss before I got wheeled back.  Before I knew it, the 2 hours had flown by, it was 7:15am and time to go to the operating room. 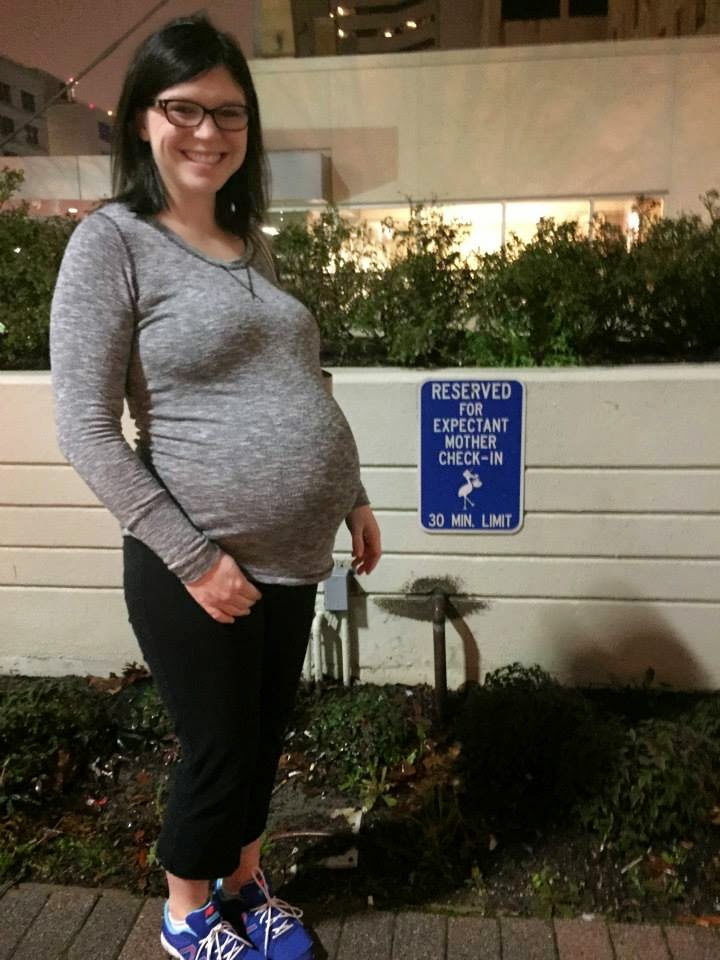 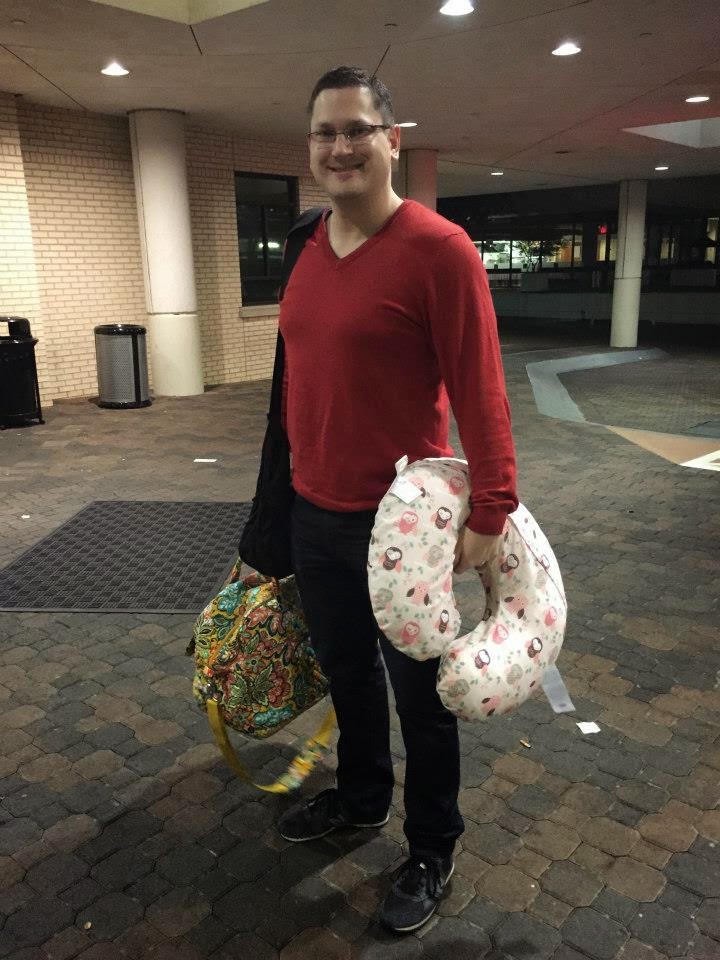 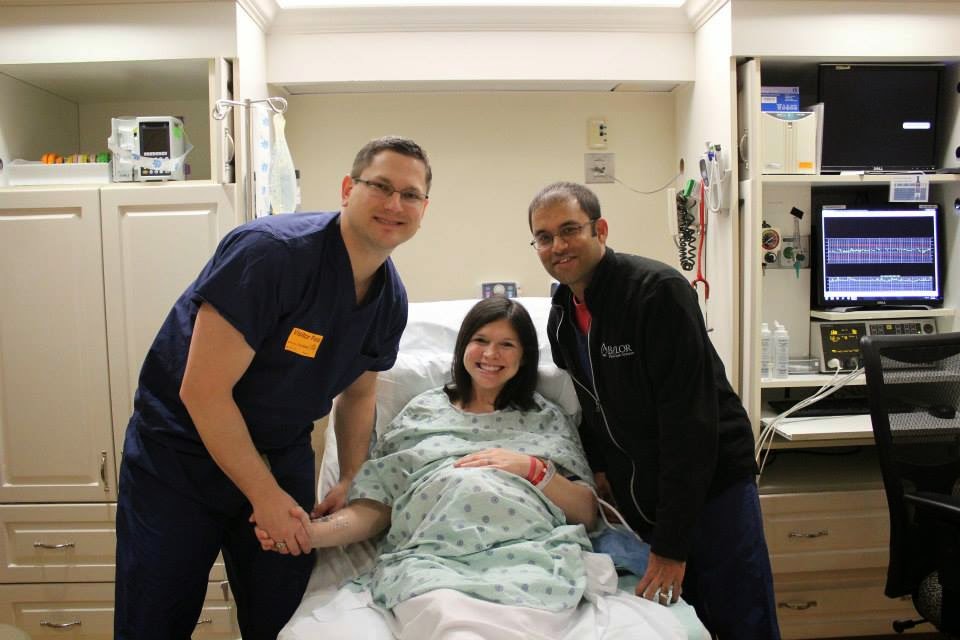 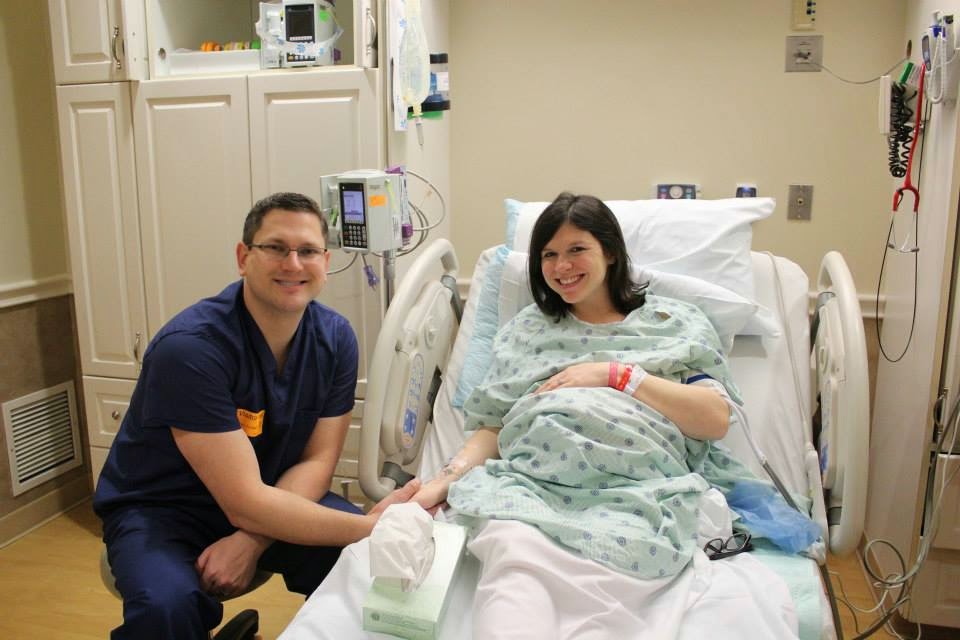 I walked there in my gown and the room was bright and really cold.  The SWEETEST nurse named Posey took my camera and offered to take pictures for us so that Logan didn't have to worry about it and could be more present during the delivery.  Once we were in the room everything started going REALLY fast.  I got my epidural spinal tap (it did not hurt at all which was shocking to me) and I got hooked up to lots of machines. Before I knew it, the curtain popped up and Logan sat down beside my face and held my hand as the new Bethel album was playing lightly in the background. Everything was calm, routine, and peaceful. I remember being asked if I could feel anything and when I said "No" they got started.  My Doctor was chit chatting with me and asking about Lake Highlands and where I grew up because he lives there right now. He was also talking to the other doctors about how nicely my scar from France had healed.  When we started getting close he told Logan we were about 5 minutes out and Logan stood up and peeked over the curtain. The staff all took bets as to how big they thought she would be… All of the guesses were in the 7 lb range. Little did they know we had an 8 lb 5 oz baby girl on the way!  Logan had a face mask on but I watched as his eyes would get really big and then he would look at me and squeeze my hand.  He was oddly fascinated by the entire thing.  He said he watched as Dr. Gaitonde massaged our sweet girl down and out of my tummy.  First the head popped out, then one arm, then the other, and finally the rest of her body wiggled out with a big, loud cry!!! I gasped and cried because I never heard that with Stella…. What a blessing… sweetest sound ever! I heard the words "She's perfect" and Logan told me "She looks like Stella" and then Dr. Gaitonde held her up over the curtain and said "Here's Chloé!!!" Then I looked to the side as Logan followed the nurse over to the station to wipe her down, suction her throat, and check her vitals.  Posey brought her over to me so I could stare at her.  I remember her eyes were shut but she had the squishiest cheeks and cutest little button nose.  I didn't really see the Stella resemblance until later but she was breathtakingly beautiful. 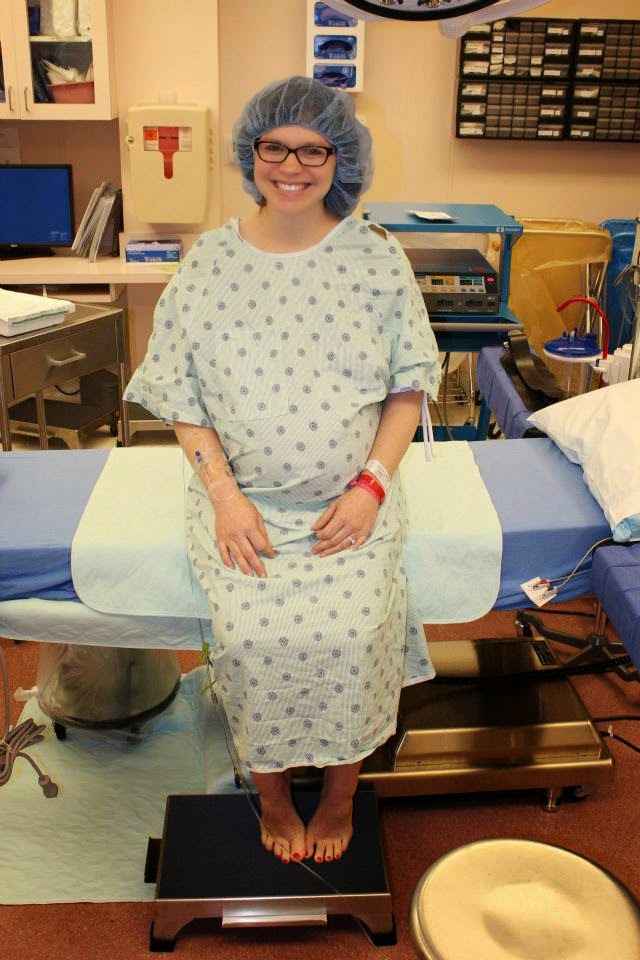 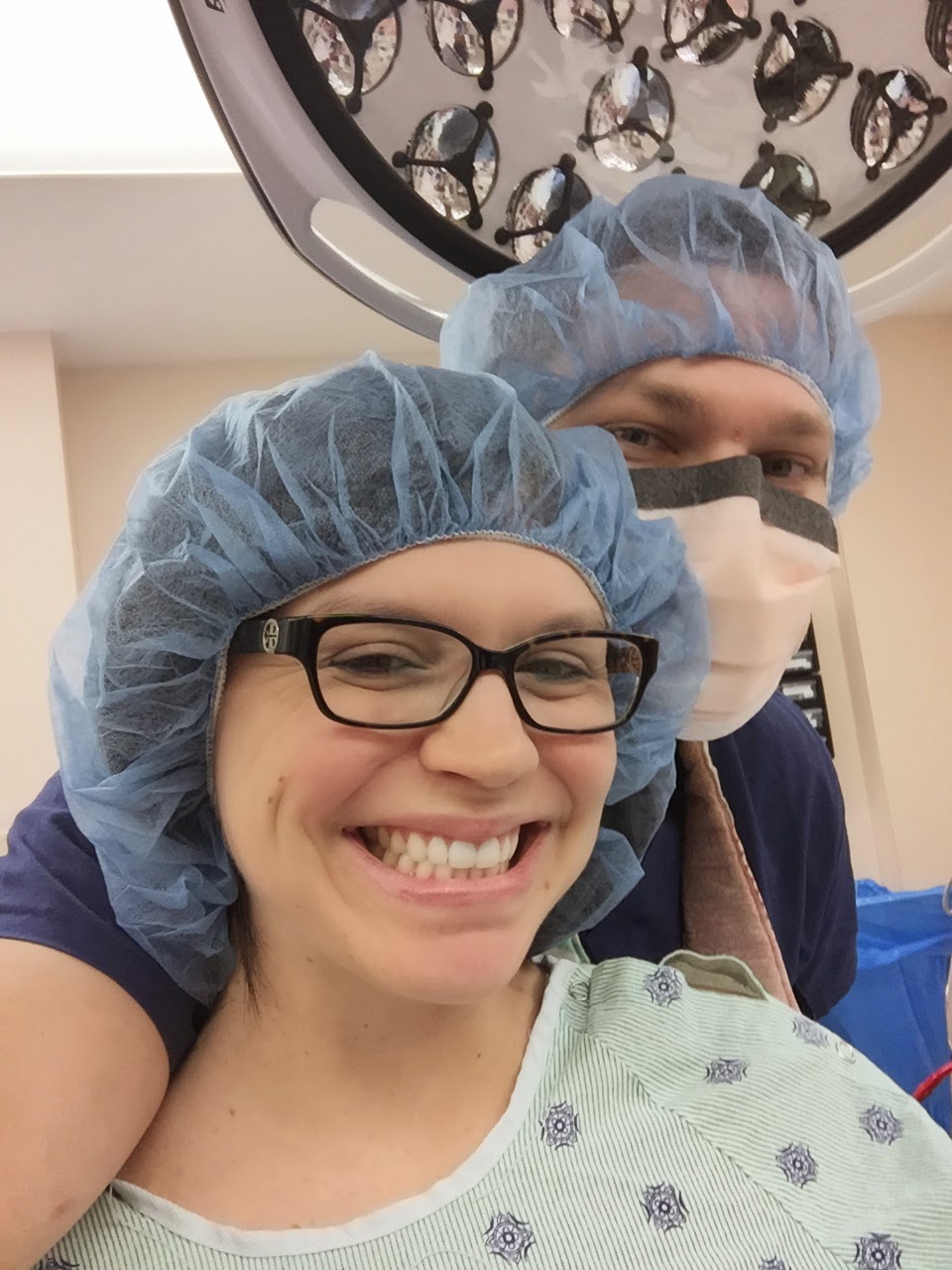 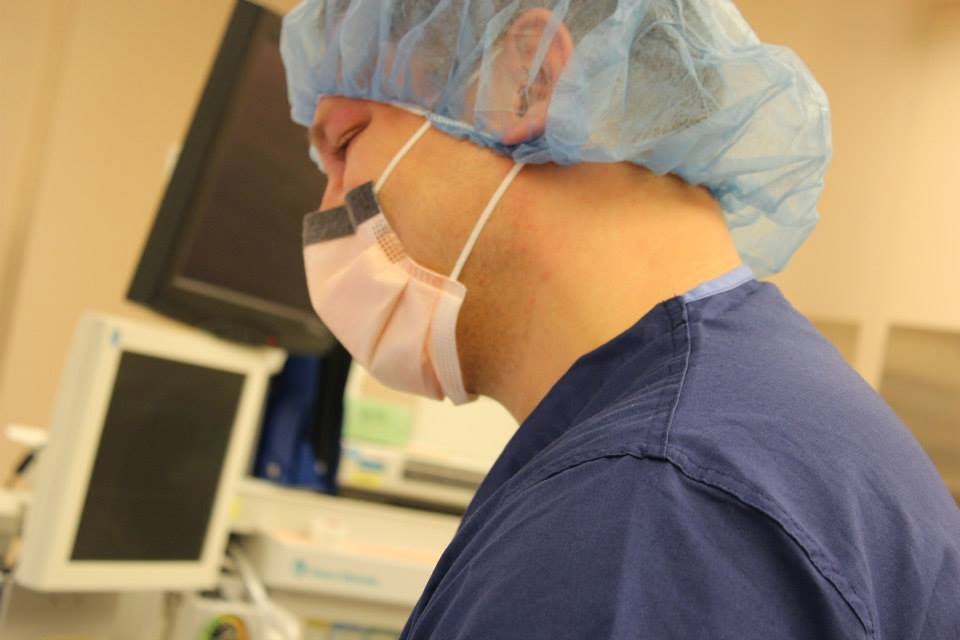 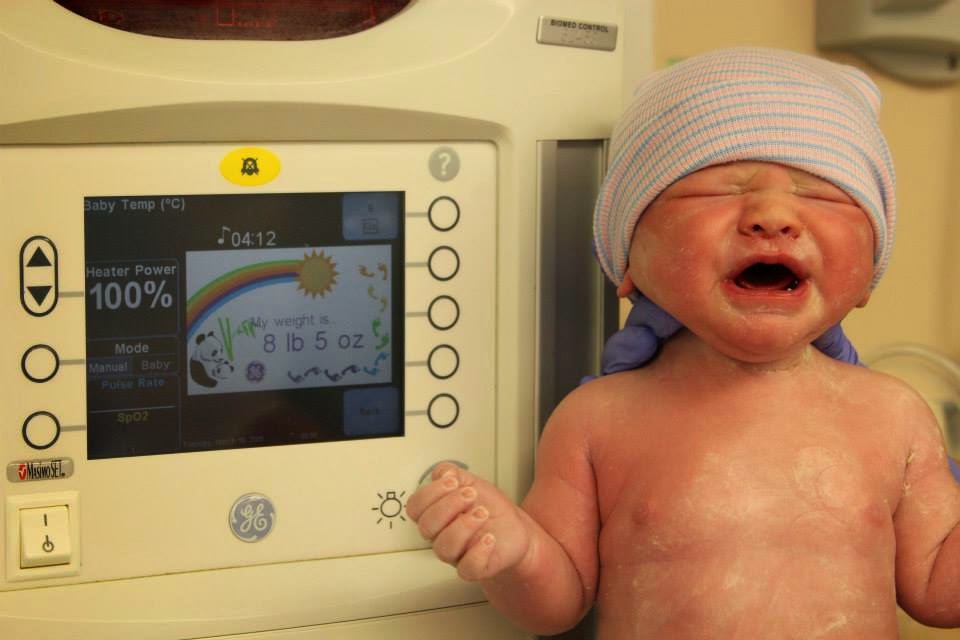 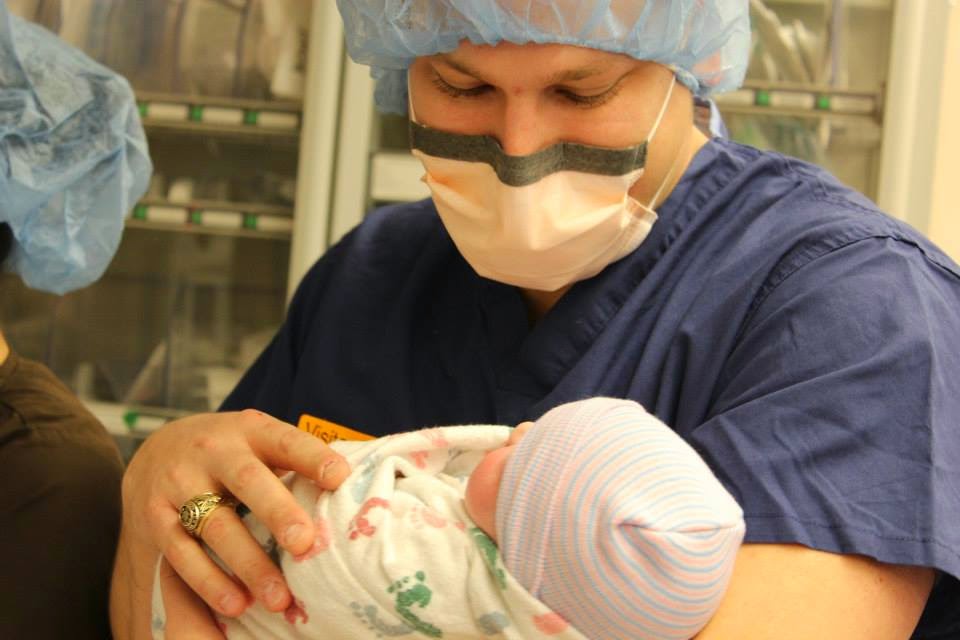 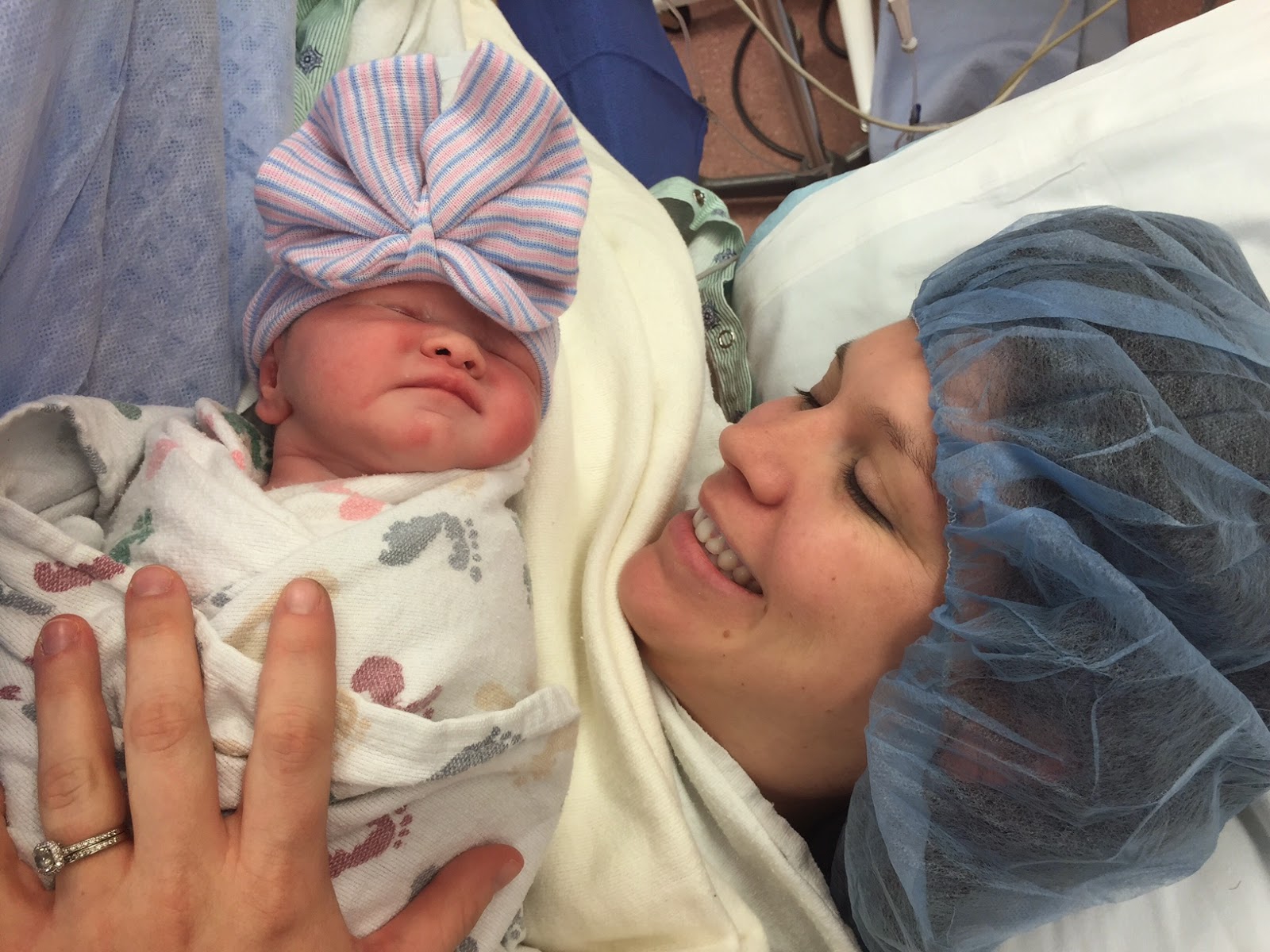 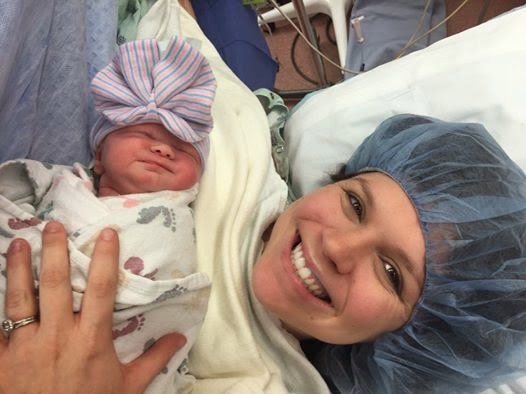 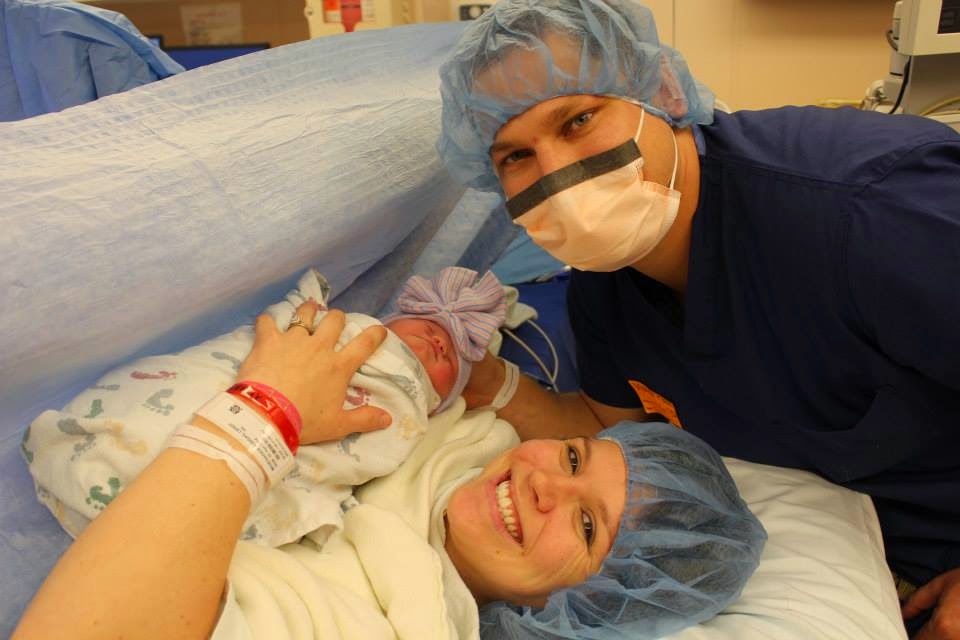 They took her back since it was so cold to put her under the lights and Logan got to change her diaper and hold her for the first time. I love seeing such a tiny baby in my big husbands arms. He walked her over to me swaddled in a little blanket and we were all of a sudden a family of 4.  Chloé Grace…. It was her all along and we finally met her and knew her.

Logan stepped out to let my family know everything went well and about 45 minutes later we were in the recovery room and my Mom, Dad, Kelley, and Katy got to come back and meet her after we had done skin to skin and I had breastfed her for the first time.  Everyone was smitten and she was wide eyed and so alert! I LOVED having my family there which was also so different than last time - We waited to announce her NAME until the recovery room when they met her - Of course, everyone loved it! :) 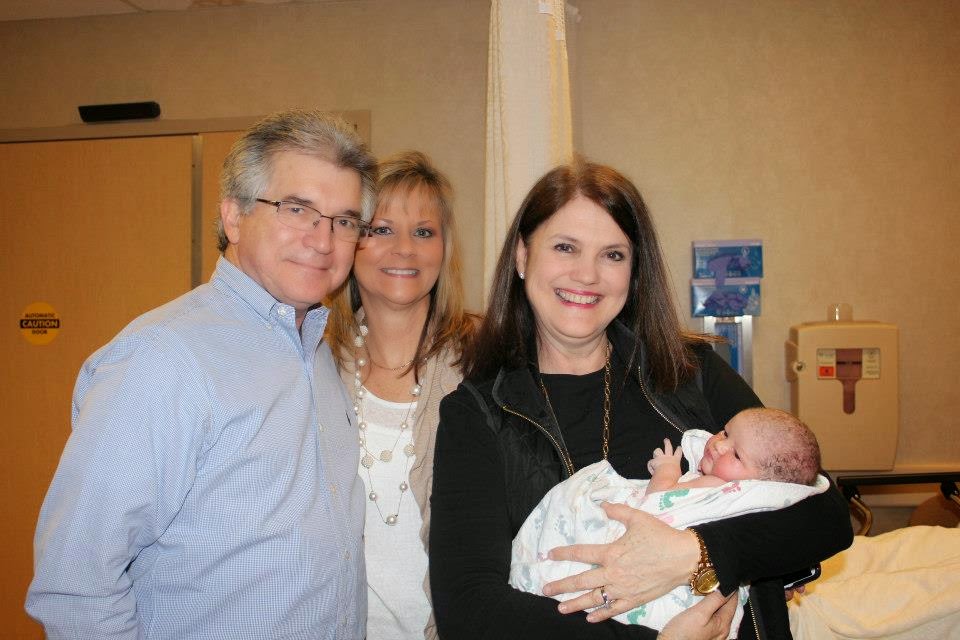 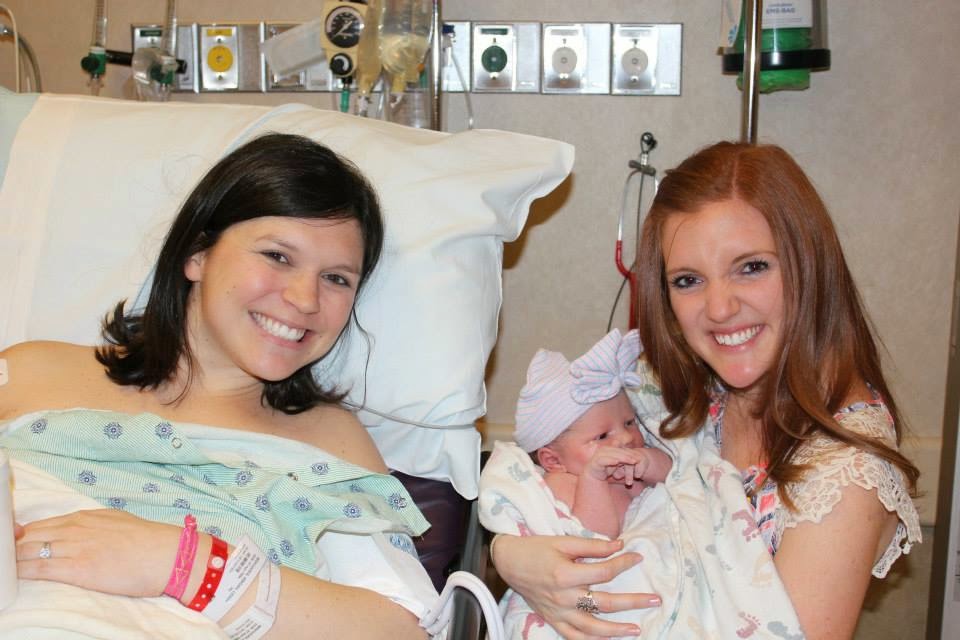 Later that day around lunch time, I was taken up to the postpartum floor and Lindsay, Nick, Laine, Kerri and Landon were all there with gifts and so excited to meet her.  A few minutes in, Stella arrived with Opa in her "Big Sister" shirt and George in tow and came in to meet Chloé.  Initally she was much more interested in the balloons and cousin Laine being there than her baby sister… Not to mention she was a bit freaked out by the machines I was hooked up to and the bed in general. (She didn't want to sit by me or be anywhere near it! ha) One thing she DID get into though was singing "Happy Birthday" to Chloé and blowing out the birthday candle.  She has been SO into birthdays lately that we thought this would be a memory maker and help make everything more "real" to her. The video of this is about the sweetest thing I have ever seen :) 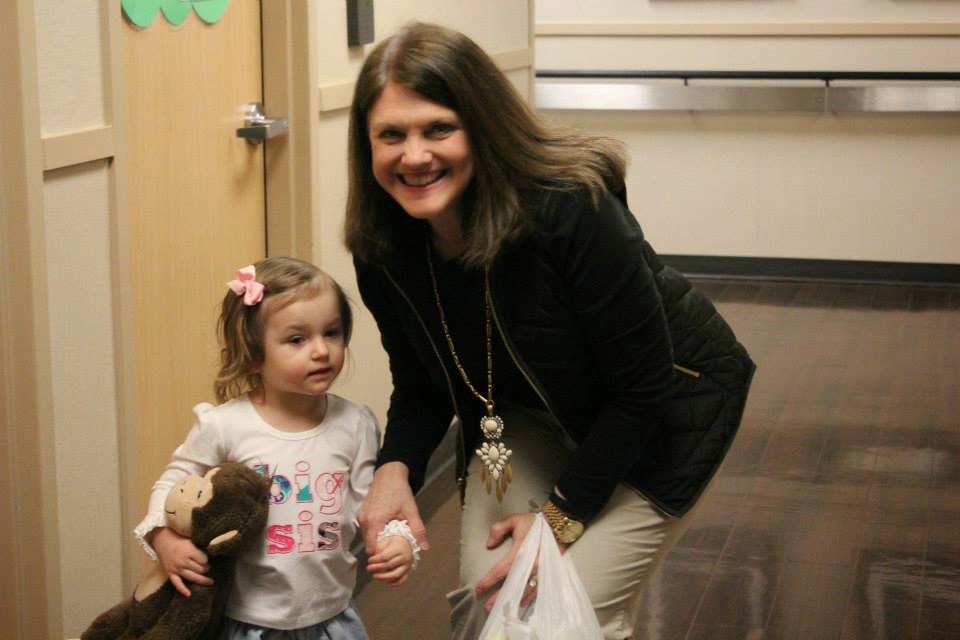 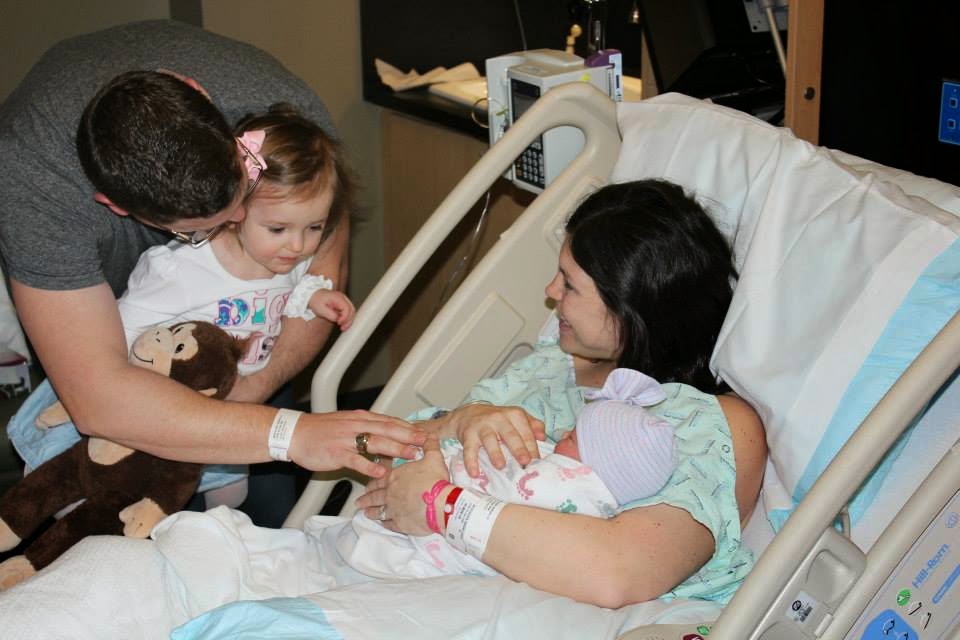 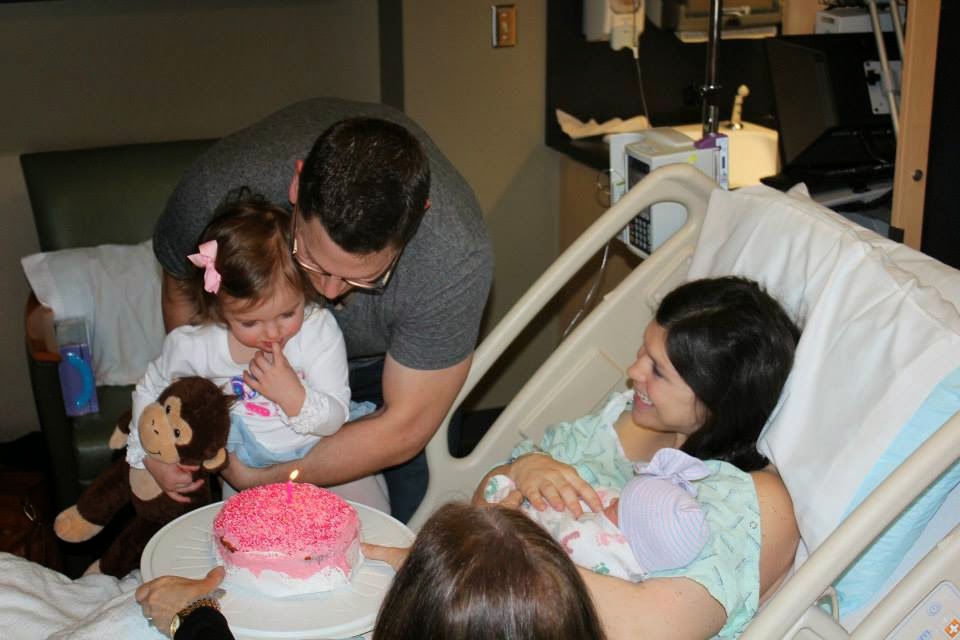 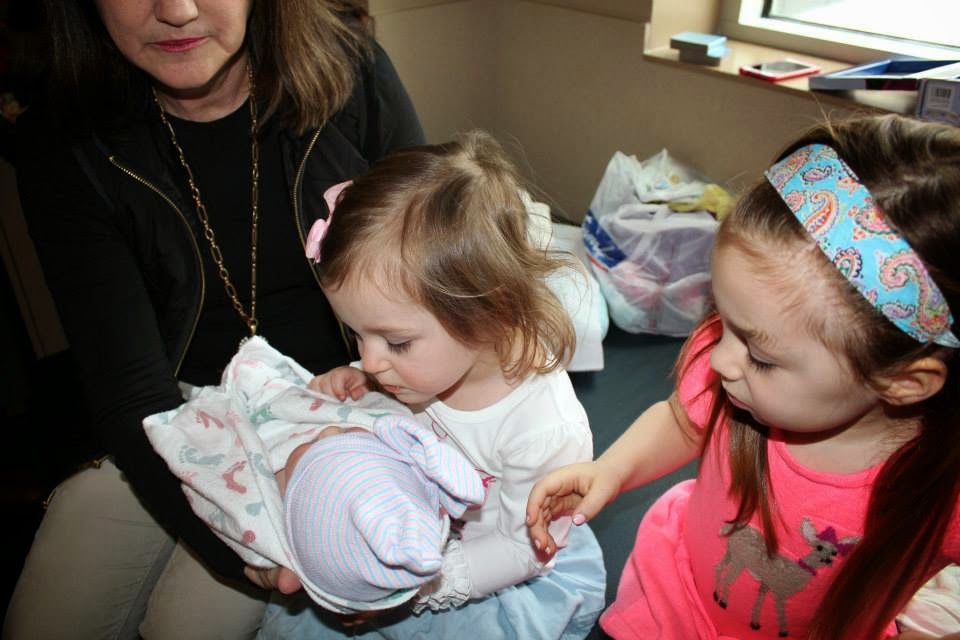 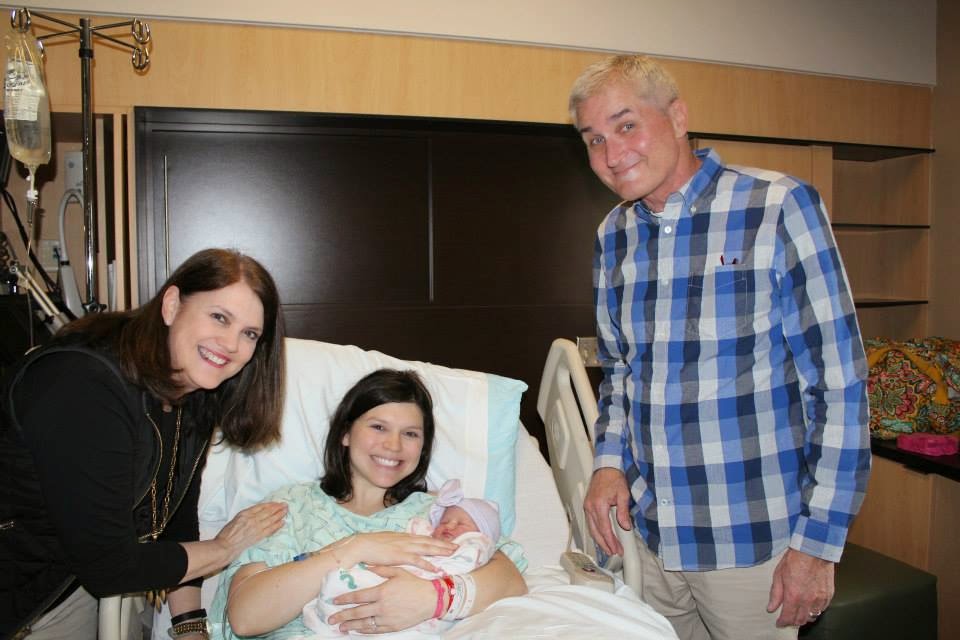 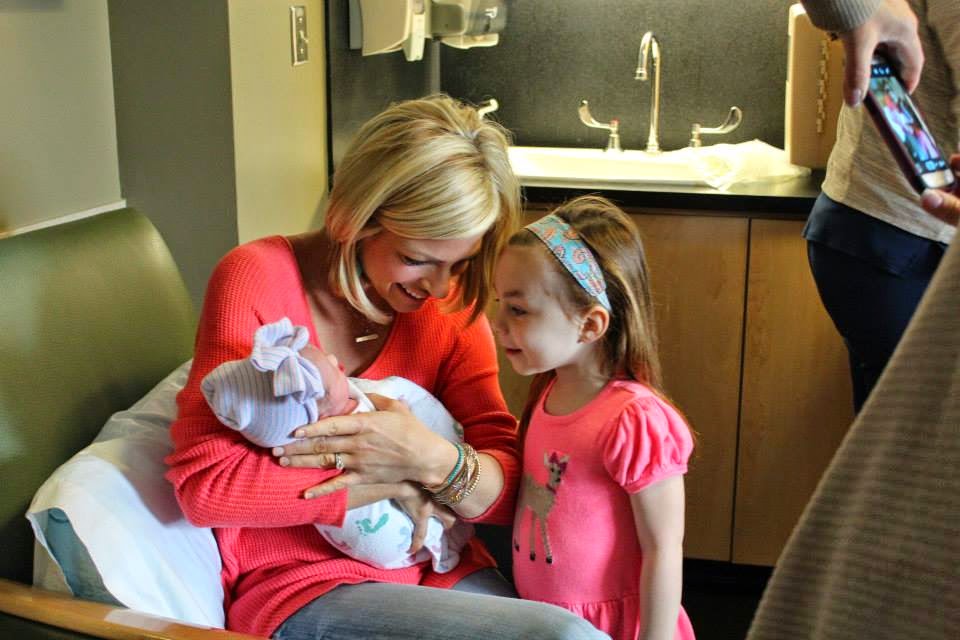 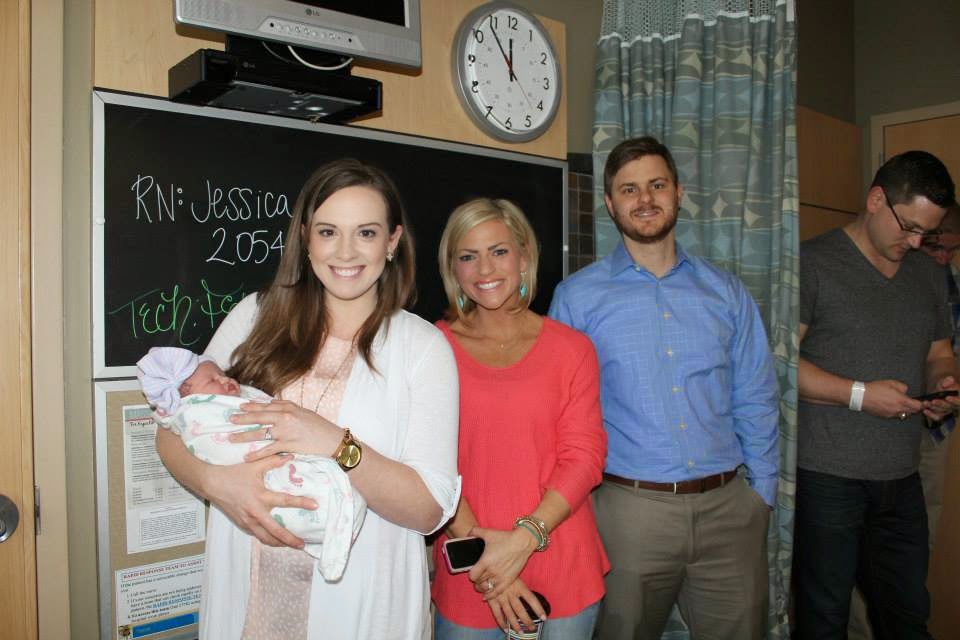 The day before she was born when I was a bundle of nerves, a friend of mine said "Abby get ready because you get to have one of the best days of your LIFE… TOMORROW!" And she was right… It was truly the very best day and I cannot imagine life without our sweet Chloé Grace.  Thank you Lord for entrusting her to US as her parents. May we teach her Your ways and she never stray from them. We are bursting with pride and joy. This was a MUCH calmer, happier, more peaceful, and all around better experience than we had Round 1 with Stella.  Thank you to BAYLOR and their amazing staff (and our incredible doc) who made this day unforgettable and SO enjoyable.
Posted by Abby at 8:07 AM