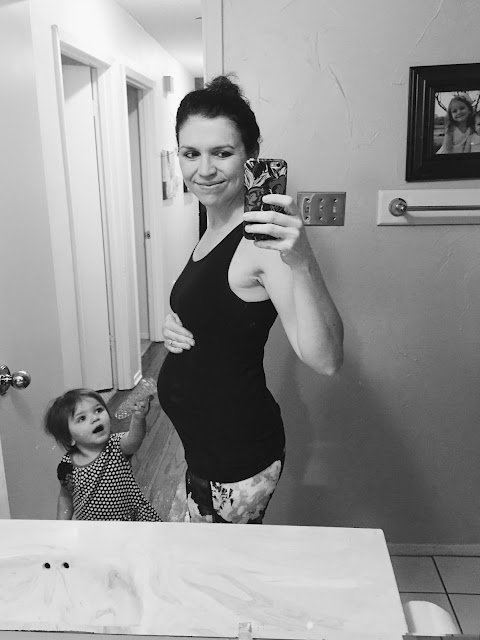 I was the girl who back in the day said... I COULD NEVER DO THAT anytime I met someone doing surprise gender.  I thought to myself... I am too Type-A. Too much of a planner. Don't want gender neutral stuff. Etc. Etc. Etc.

So with Stella and Chloé both, we found out the gender and I LOVED knowing!

For Stella I wanted to know so that I could have a VERY PINK or VERY BLUE baby shower.  I did not want yellow ducks and grey elephants. I wanted to OWN the gender.

For Chloé since I had to have a scheduled C-Section the whole thing felt very clinical and anti-climatic so although we knew her gender, we chose to share her NAME after she was born which was really fun! HOWEVER, the unexpected feelings I had with Chloé the night before were thoughts of fear, anxiety, and dread... Everyone was so excited to meet this baby but they weren't the ones having to undergo a major surgery and recovery.  Don't get my wrong, I was excited but equally dreading the whole thing. 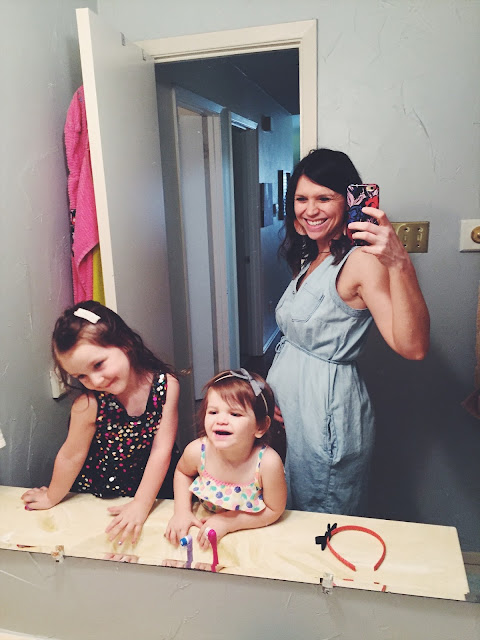 After talking to my stepsister, she told me the only emotion she felt the night before her third C-Section was one of EXCITEMENT in finding out the GENDER.  All other emotions paled in comparison to the anticipation of THAT.   (They found out with their first 2 and did surprise for their 3rd. She is now pregnant with their 4th and said they are definitely NOT finding out again because it was one of the coolest moments of her life!)

So this time, in and effort to curb some of that night-before anxiety, we are going to see if this surprise gender deal helps! I can tell you with 9 weeks left... I AM SOOOOOO EXCITED!!!!

I did NOT do this to be cool or trendy...but rather to help cope with the dread surrounding the procedure.   It was SO HARD at first.  ESPECIALLY when girls who are due around the same time as me had their gender reveals around 12 weeks.  When my doctor called me to share my genetic test results and said... Are you sure you don't want to know the gender? I have it right here..... I toyed with the idea for a minute but knew Logan would be so sad if I found out without him.  I literally had to sit on my hands for the next 15 minutes to keep myself from calling back and saying NEVERMIND PLEASE TELL ME!!!!

The next hurdle was the big sonogram at 20 weeks which confirms the sex of the baby.  We did toy with finding out the gender in the waiting room that day... but then chickened out since we had made it SO FAR already!  They turned the screen off before we could see anything.

Since then, it hasn't really crossed my mind! We are now 30 weeks and my biggest fear at this point is my doctor or someone else slipping up and accidentally referring to IT as a HE OR SHE... I would just be so sad if after all this effort, THAT happened! 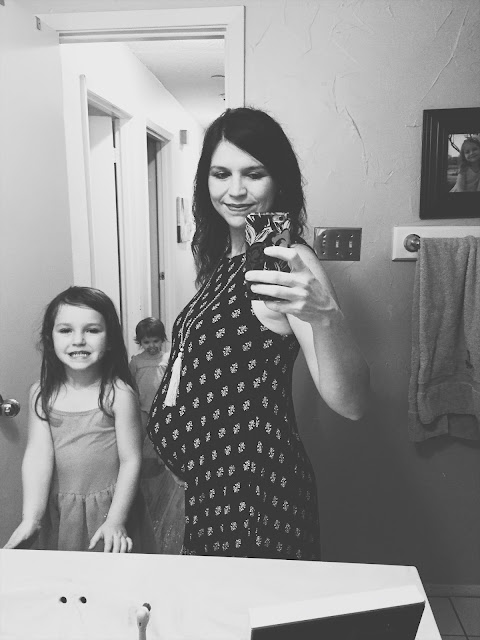 We are going in every 2 weeks now and I remind them EVERY SINGLE TIME that I do NOT want to know.  I had a few friends and family members say they didn't think I would last until September and my stubbornness to prove them wrong has also fueled my determination to stay strong and WAIT!  ALSO, Logan cannot wait for his BIG MOMENT of saying "IT'S A _____" to a waiting room of people and I can't wait to give him that.  We are also going to ask the doctor if LOGAN can tell me the gender of the baby in the operating room since he will be right there.

We are pretty certain we have our BOY AND GIRL names picked out but are open to changing them if something we like better comes around in the next 9 weeks!  At the beginning of this pregnancy I was VERY vocal about wanting a little boy and to be honest, I still would love a boy just to experience parenthood from both gender perspectives...but guys... We are GOOD at girls.  Stella and Chloé are playing together now and it is the cutest thing to watch.  I really can picture myself being a girl mom and just owning it ... PLUS I REALLLLYYYYY love our girl name and would love the chance to use it!

So there you have it... the reasoning behind our surprise gender decision! Everyone that I have talked to that has done it before has told me I absolutely WILL NOT regret it!

So stay tuned... we will know September 5th! 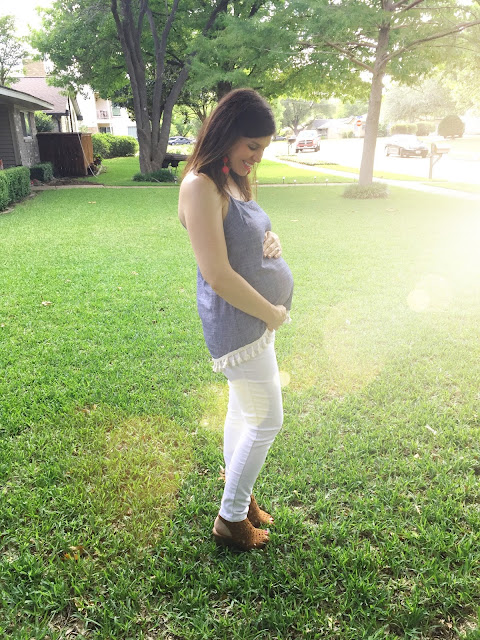