Well we have had some major changes the past few weeks! In early July our landlord told us he wanted to put our house on the market and that we essentially had 60 days to be out.  (He was nice it was just terrible timing.) At the time, I was due for my C-Section in 62 DAYS so it was extremely stressful thinking about finding a place we liked and moving so quickly.

The whole time I knew there was a reason behind it but it didn't help the fact that I was going to have to go through the hassle of moving in the 108 degree heat while 8 months pregnant....  (Our plan was for our next move to be into a house we BOUGHT, not another rental.)

However, God aligned the timing of everything.  We were actually test driving a car at Sewell when we got the call from our landlord which is why we opted NOT to get a new car.  If our landlord had called us the following day or week, there is a high chance we would have already bought that car!

As we started looking at rentals in Richardson, we realized that prices had gone up substantially in the 2.5 years we had been renting.  To get a house in similar condition with similar square footage was going to cost us more... Not to mention, Stella starts kindergarten next August so school was a factor while we were looking.  (Thus the car payment $$ being repurposed)

We looked at a few promising homes and even got caught up in a Craigslist scam that resulted in me working with a detective ... long story.  At the end of the day, God provided a GREAT home that was only 1.2 miles away from where we were living and is bigger AND nicer.  If we were going to have to move, at least we were upgrading and not downgrading.  It was a bit more expensive but since we opted to not buy a car right now, we will be okay.   Turns out, buying skinnier car seats is less expensive than buying a new car ha!

So last week while Logan was at a work conference in Charlotte and my Mom and Chris were in Colorado, I packed up our entire house with the help of LOTS of friends and my Dad and Kelley. There were a lot of tears and pity parties... Thank goodness the girls had camp.

Logan flew home Saturday night and we bit the bullet and hired movers for Sunday morning and voila! We are officially in our new home which gives me 6 weeks to NEST until this baby arrives! WHAT.A.WHIRLWIND.

Thank you to EVERYONE who has watched the girls, brought meals, helped me pack, taken over loads of boxes, and CLEANED OUR NASTY OLD PLACE!!! I could NOT have made it through this move without you all and I feel very blessed to have such a strong and servant-hearted tribe.  I hope I can return the favor someday.

Cheers to purging! AMAZING community! FRESH Starts! And a NEW BABY coming soon!!! Oh... and that MOVE BEING OVER WITH!!! 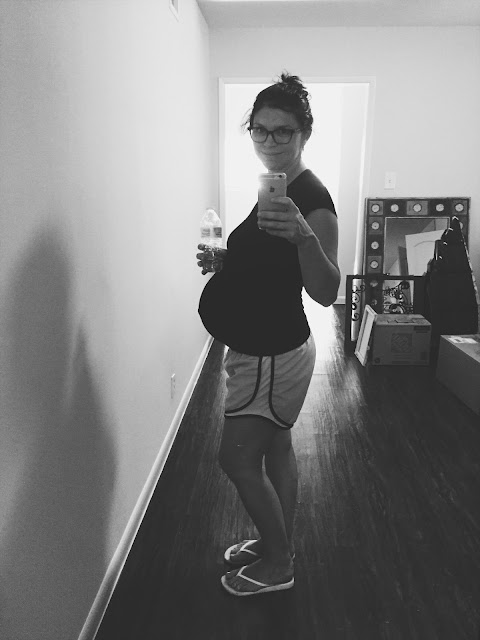