Warning: Lots of words and not a ton of pictures... I know I lost half of you now ;) haha! But believe me, you do NOT want a picture of Ramble #2!

So I am still going to French class 10.5 hours per week. (All day on Monday and every Thursday afternoon) As much as I hate to admit it, it has been VERY good for me and I actually sort of enjoy it once I get there. The Turkish girls have subsided in their bullying I think in part to my Father-in-Law and Sister-in-law having a chat with their local Turkish friends... It is a VERY small town, so word gets around! As of today, I kind of have a friend - We don't talk during class... we pass my iPhone back and forth translating in Turkish and English... it is kind of humorous. She thinks I am really cool because she watches the show Dallas :)  Today, she even drew stick figure sketches of some stretches that I can do to help my back.  Hey, where there is a will there is a way! 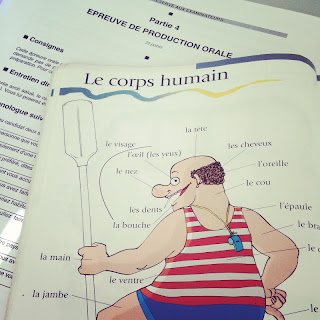 If you follow me on Twitter, you probably have heard about the "critter" we had living in between our walls.  Logan claimed it was a cute little country mouse but if you HEARD the thing, you would know it sounded more like a RACCOON! It completely freaked me out and we couldn't for the life of us figure out where it was coming from, but I was convinced that due to its dedication to gnawing at our walls, at some point it was going to make it through! THEN one night Logan had a stare down with it.... ON TOP OF OUR KITCHEN COUNTER!!!! (How it got up there, I have no idea and don't like to think about it.) This was no mouse, it was a RAT!!!! (Which my SIL and FIL told me don't live in this area- FALSE!) It was eating my leftover pain chocolat.... SO Logan went out and bought heavy duty RAT TRAPS at the store.  For about a week, the little rat would eat the cheese and beat the trap.  This trap was legit and almost ruined the handle of our broom when we tested out the trigger. I lived in a constant state of fear of hearing that thing SNAP and Lord knows what kind of sound escape that rodent's mouth.  EW.

Fast forward to LAST NIGHT... We had a guest over for dinner and she was using the bathroom downstairs so I ran upstairs to use Stella's bathroom.  I walked in without a care in the world and THERE IT WAS.  In the trap.  Upside down. Sprawled out on the floor. THE BIGGEST THING I HAVE EVER SEEN!!!! I screamed, gagged, ran downstairs, and was hyperventilating and crying for about 10 minutes.  Our poor house guest ran out of the bathroom thinking I had just gone into labor.  You can probably visualize the scene that took place.  Her and I then locked ourselves in the downstairs bathroom while Logan did the clean up.  We did not want to risk him "joking" with us by holding it by the tail or something... Gag me.  I am not sure I will be able to use that bathroom... maybe ever again.

We have now purchased a rug, changing table, mattress, AND crib!  So we are finished with furniture :) Yesterday we had our nieces and nephew help us paint the dresser white and Logan put on the second coat today.  My mom is currently sewing our bedding and I am about to start washing all the baby clothes.   Logan and I will hang pictures on the walls here in the next few weeks as well.  A nursery tour is in the works, but clearly we have a ways to go! Other than that, we just have small purchases to make such as bottles, pacifiers, and a play mat.  All fun and easy things :) 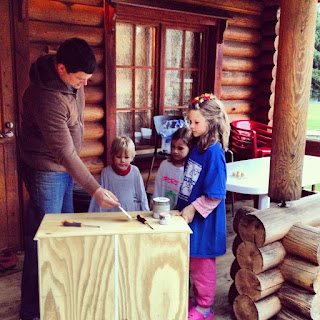 Well I have now completed all but ONE of my requirements for a permanent working Visa.  The past 2 Saturdays I was in class all day learning about the French healthcare system, politics, history, laws, etc.  It was hard because it was pretty long to be sitting while 7 months pregnant, but honestly it was pretty interesting.  The BRAG part is that there was one other guy in my class who spoke English and so we sat together, ate lunch together, suffered together.  He is from Fiji but just got recruited to play on the professional Rugby team in Brive from New Zealand.  I didn't think much of it until I noticed people were coming up to us shaking his hand, asking for pictures of him, and one girl asked for his autograph.  His name is Dominiko and he is apparently a mini-celebrity here in France.  He came in as the top recruit this year and is the "talk of the town." Since he is new to France, he wants to bring his wife and son to The Colorado for a weekend to hang out and Logan was like a little schoolboy when I told him :) Lets just say I am glad I waited to "Google" him until after class because otherwise I may not have played it as cool. 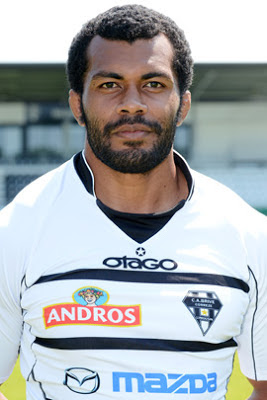 The ONE part I have not completed is passing the Level A2 French competency test.  BUT get this... the exam is on JANUARY 16th in Limoges!!!! That is 1 week before my due date and a 90 minute drive away.  We aren't quite sure what is going to happen with this exam... we are going to talk to my doctor about it this week! Clearly, I will be excused if the baby has already come, but what if she hasn't? I will be big, huge, uncomfortable, and probably NOT in 4 hour test mode... eek! Bad timing.  Stay tuned...