With both of my babies, it has been breastfeeding that has caused me the most STRESS as a Mom.  Why is it that we as women put SO MUCH pressure on ourselves?  It is also the thing that I feel the most insecure and emotional about. 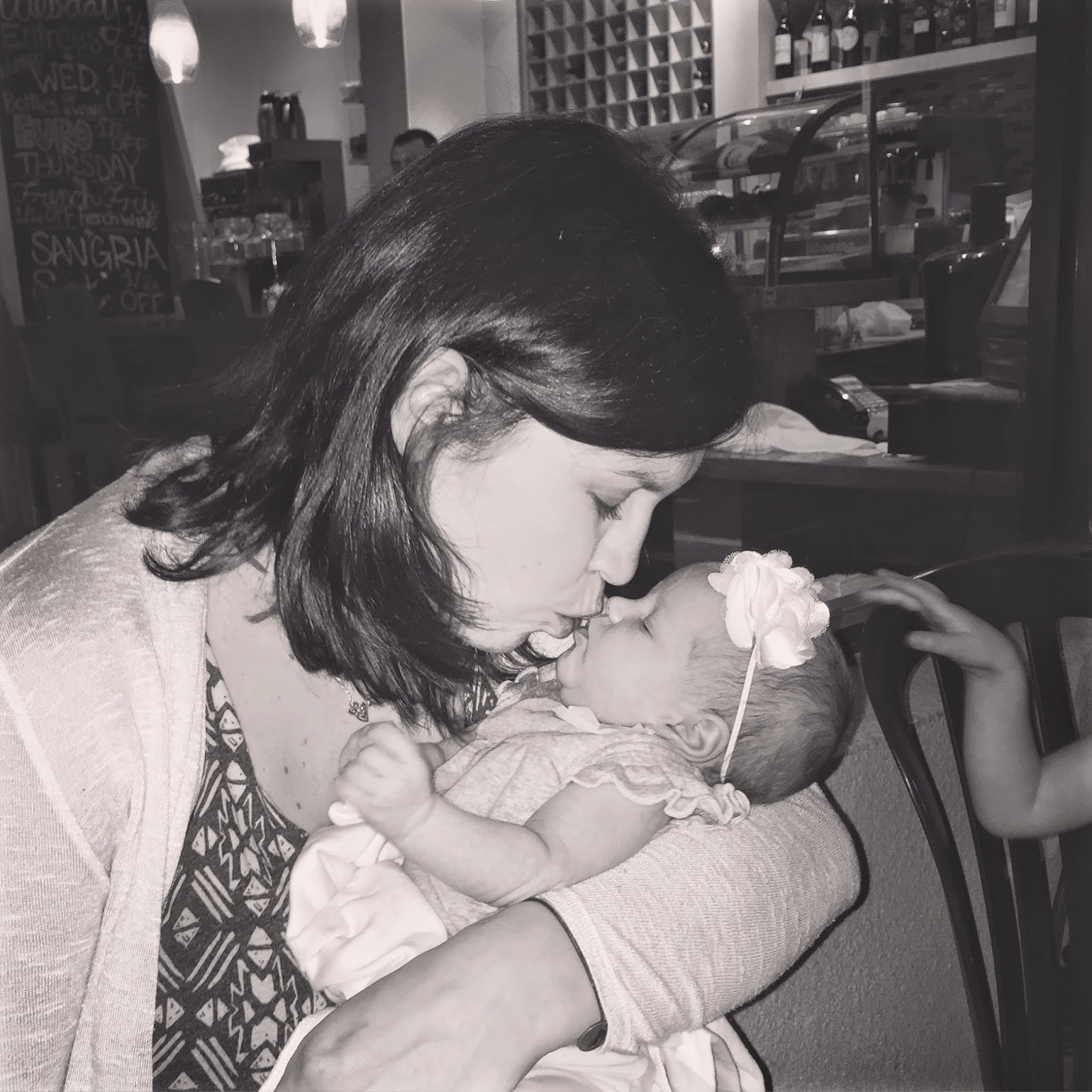 When I had Stella, breastfeeding pain FAR OUTWEIGHED the pain I had recovering from the C-Section.  It was quite the opposite this time much to my surprise and for the first week, breastfeeding Chloé was a privilege and something I genuinely looked forward to!  I was SO incredibly hopeful that it could work this time and considered myself brave for even attempting it again after my traumatic experience with breastfeeding Stella.  In the hospital, I had plenty of supply and met with every lactation consultant that I had access to so that I could make sure I was doing everything right! I thought if I could just check ALL the boxes, I was guaranteed success.  You study for a test? You do WELL. You train for a marathon? You cross the finish line. You change your diet? You lose weight.  So if I met with EVERY lactation consultant and they gave their approval, SURELY I would "succeed" at breastfeeding right? Well that is not my story. 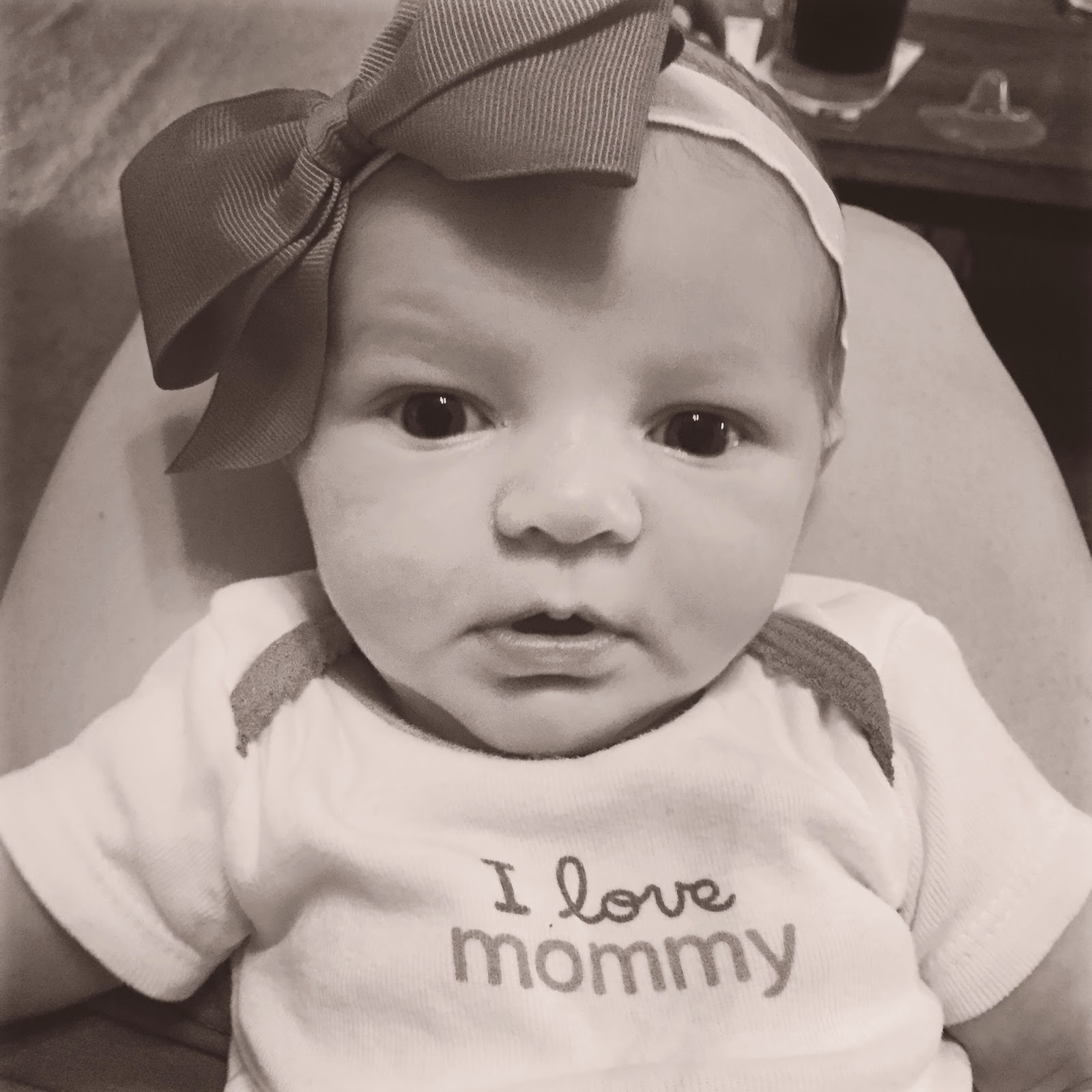 With Chloé, she was born at a hefty 8 lbs 5 oz so the hospital was a lot more lenient on me when her weight dropped each day.  Two of the lactation consultants felt like maybe her latch was bad and so we started using the nipple shield to make sure she was learning to latch correctly.  This didn't bother me and honestly I think helped with the fact that this time I never felt any pain breastfeeding.  After her weight dropped over 10% from her birth weight down to 7 lbs 3 oz, they had me start pumping after every feeding and giving her the expressed breast milk.  This was a bit of a process but I still had a good attitude about it because I knew it was just temporary… or so I thought. 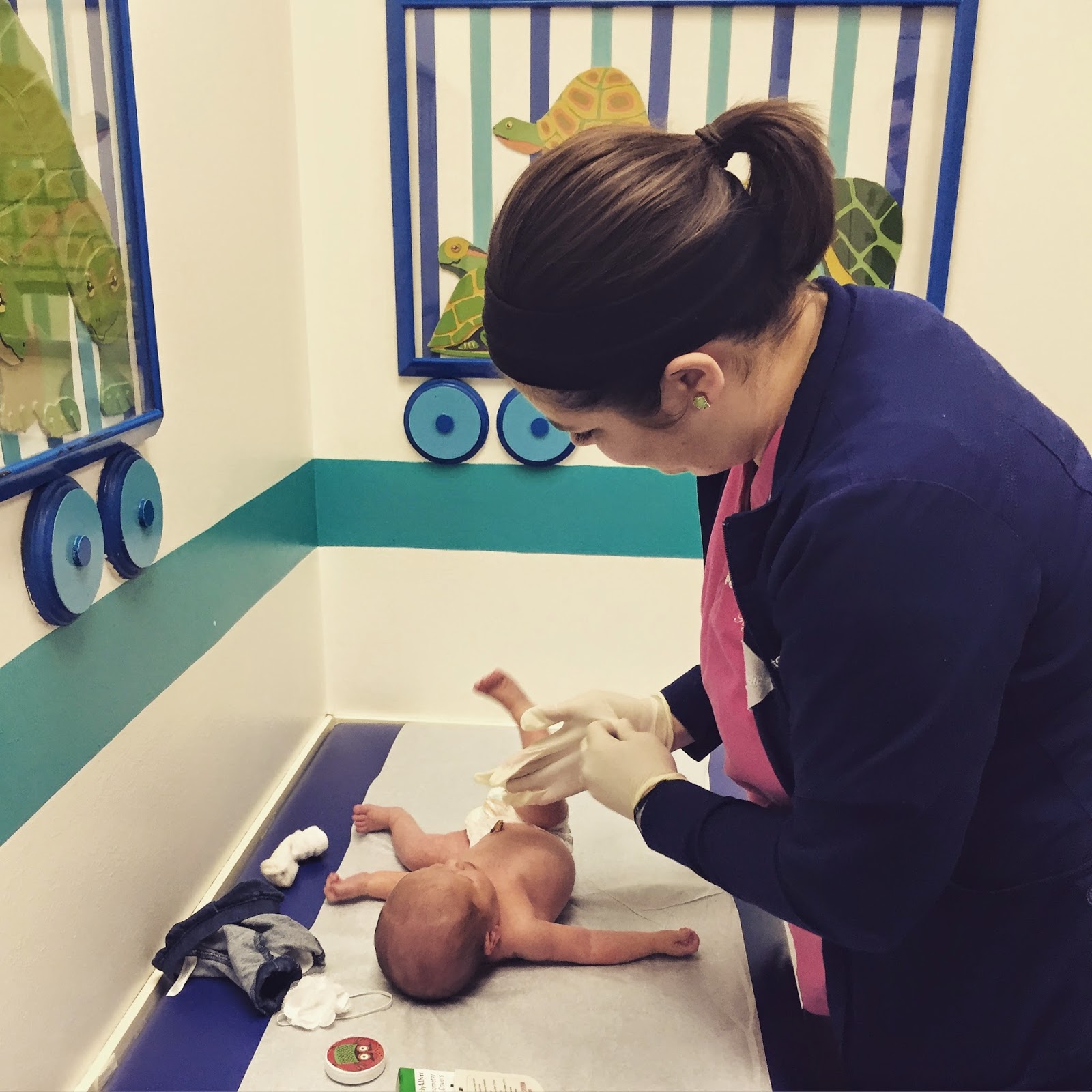 At her 1 week checkup she HAD gained weight since being discharged from the hospital but still wasn't up to her birth weight.  I made an appointment with a lactation consultant because I really wanted to drop the nipple shield step and get any tips on how I could drop the pumping step as well.  After meeting with her for an entire hour, I left in tears.  From her observation, Chloé was barely getting any of my breastmilk due to a poor latch despite "feeding" her for 45 minutes.  Her assessment was that she was tongue tied and we needed to get her little tongue clipped.  I also found out that although way more convenient (since I didn't have to be plugged into a wall) the hand pump was not NEARLY as effective as the electric pump.  Sure enough I was able to pump 3x more with the electric pump than with the handheld so we made that switch. We had the tongue procedure and met with the LC again to gage any sort of progress with the latch. The LC was still concerned about the weight gain and figured that my supply was going down since Chloé clearly wasn't eating much when she was on the breast. SO the insanity began. I started taking supplement drops (that tasted HORRIFIC and AWFUL) and also took prescription medicine 4x/ day given to me by my doctor that has a side effect of increasing milk supply in 50% of women. (I was not in that 50% - it most definitely ripped up my stomach though) Our new "routine" was to feed Chloé only 15 minutes (because when I nursed for 45 min it was not an effective use of my time) and then I had to pump for 20 minutes and feed her what I pumped.  If I was not able to pump enough, I had to supplement with formula.  Anyone else's head hurt after reading that? 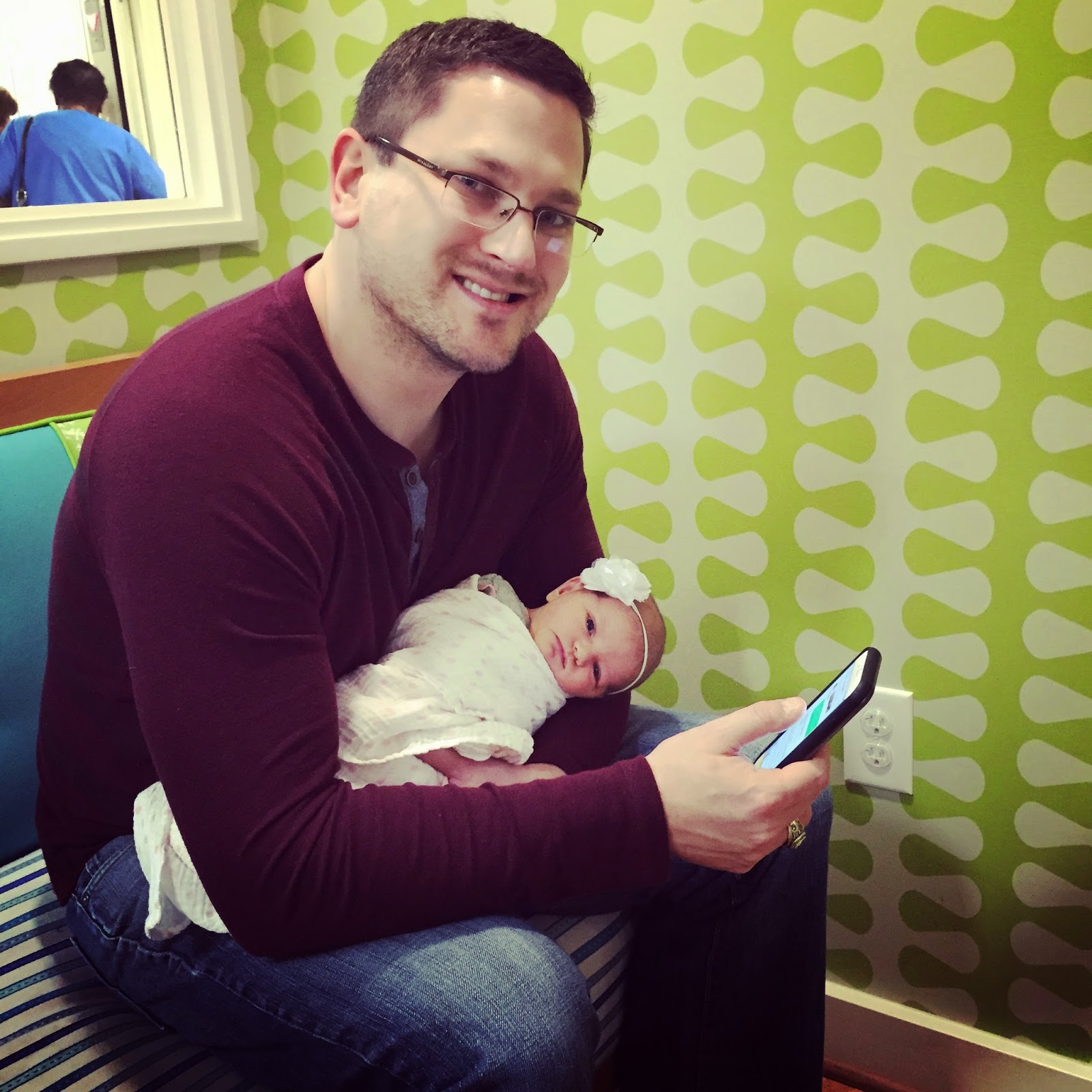 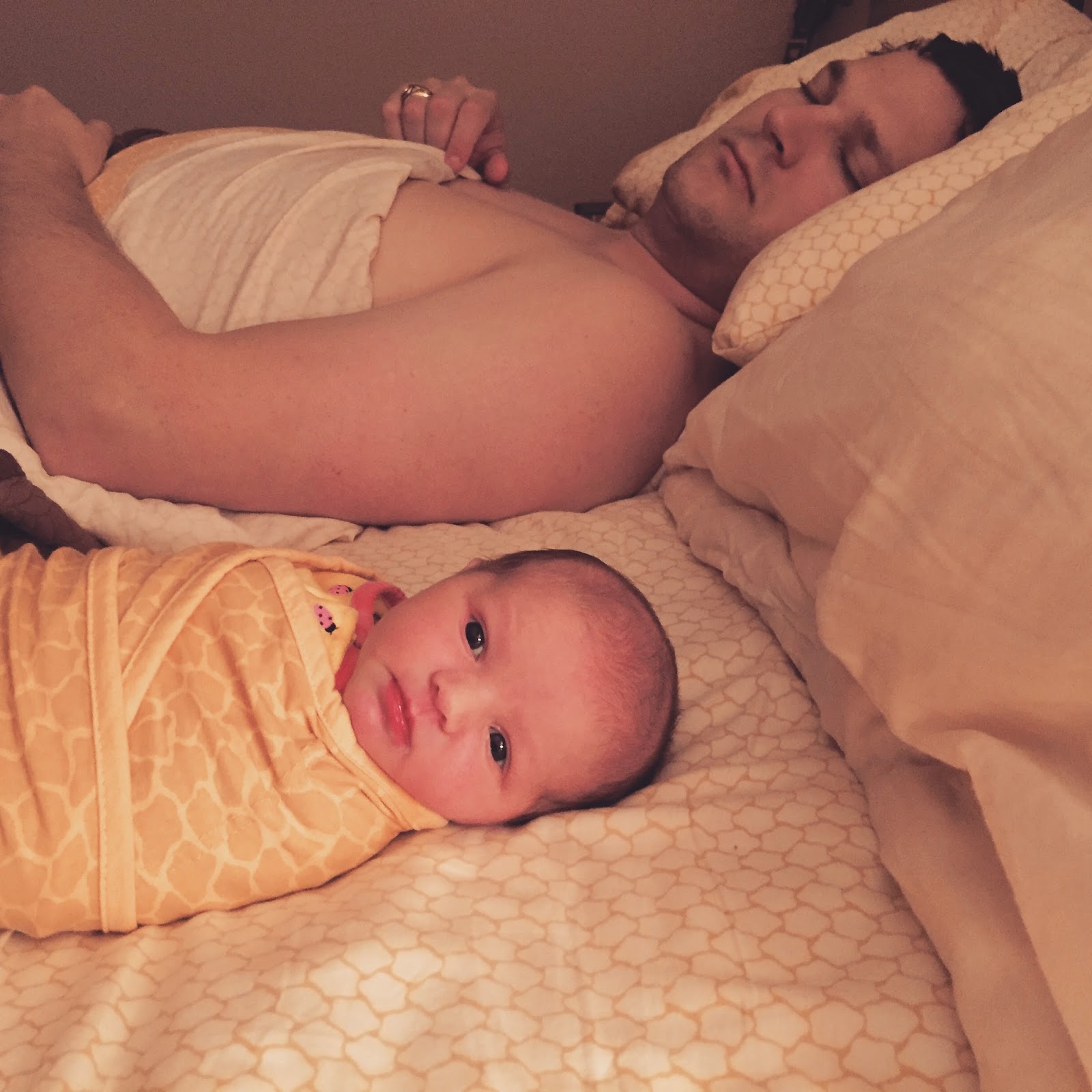 Let me just tell you I hung in there… I hung in there for dear life and tried to keep a positive attitude.  But being plugged into the wall for 20 minutes every couple of hours with a 2 year old and a screaming newborn who was starving was proving to be extremely stressful and difficult.  Not to mention, leaving the house was a whole…. THING… because I had a TINY window of time to go do stuff since the entire feeding/ pumping/ supplementing process was taking me at least an hour every single time and Chloé was eating every 2-3 hours. Fast forward a couple weeks and my precious 2 year old broke her leg at open gym… and mix that in with my husband leaving town for 5 very LONG, very FULL days for a work trip and I started having anxiety attacks.  It was harder and harder to coordinate everything so I was down to pumping only 2-3 times per day when I had a spare 20 minutes.  Let me tell you, when you are pumping for an HOUR out of your day and only getting 3 oz (not even enough for 1 bottle) out of the deal…. You start wondering what the point of it all is when you could be spending that hour WITH your children rather than avoiding them or snapping at them to leave you alone and go find something to do because Mommy is pumping. 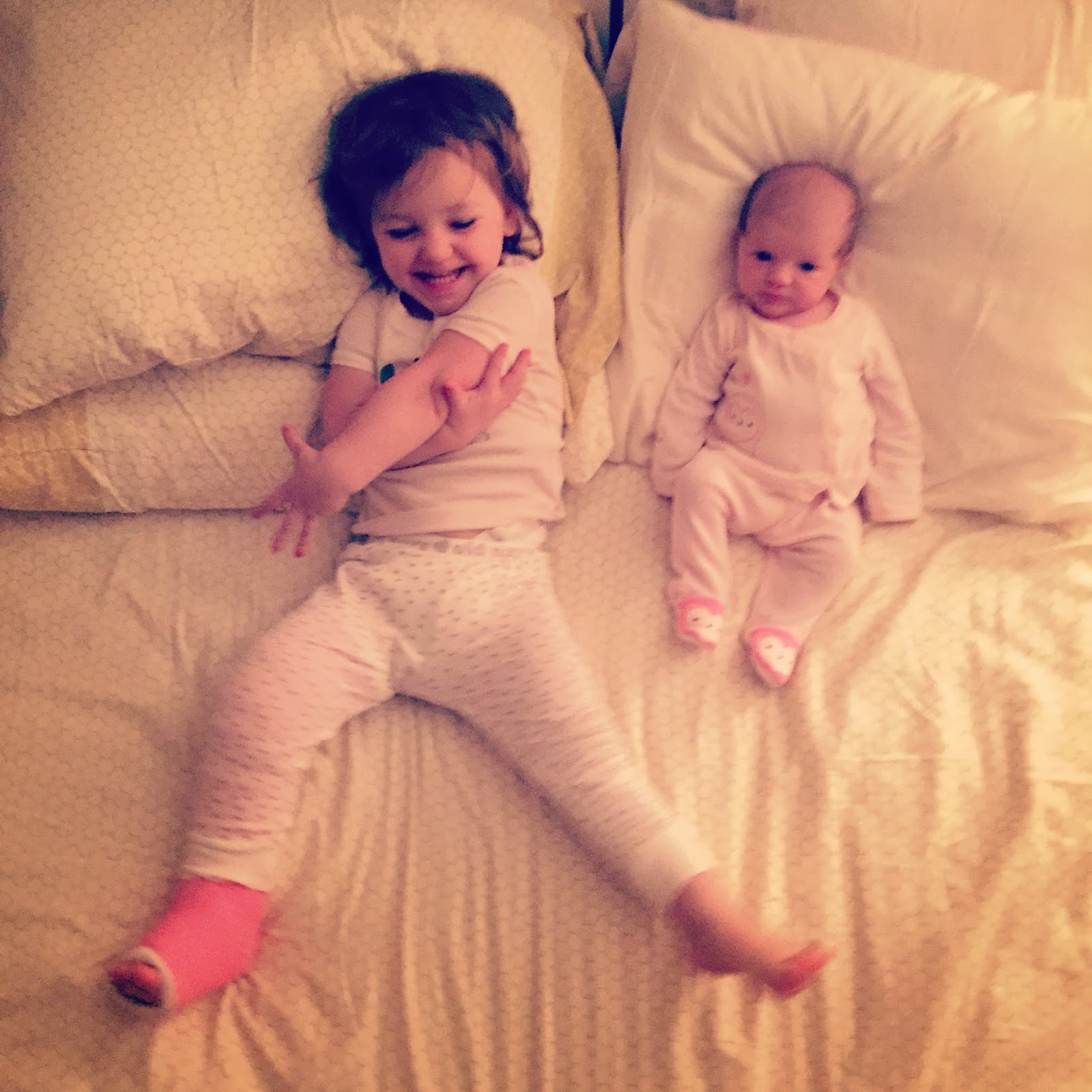 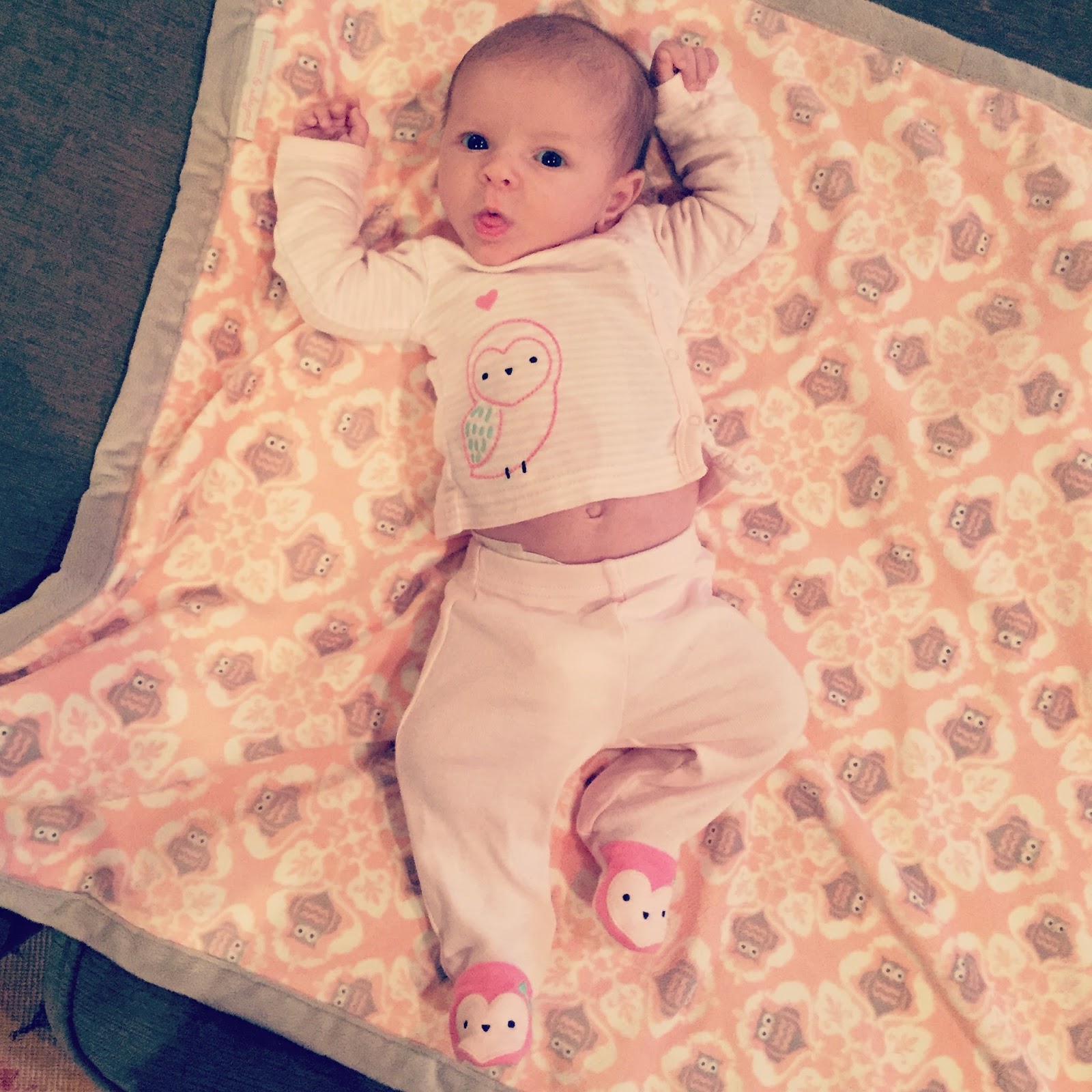 I wrestled with this…. and to be really transparent, I am STILL wrestling with this but Logan and I talked and he said I needed to stop being wishy washy and either commit or make the switch.  It was such an emotional decision for me because with Stella it was my DOCTOR who told me to quit and this time it was my decision. I lasted 2 months with Stella and really wanted to hang in there at LEAST that long for Chloé but Logan told me a happy and healthy Mom/ wife was way more important to him than a breastfed baby. 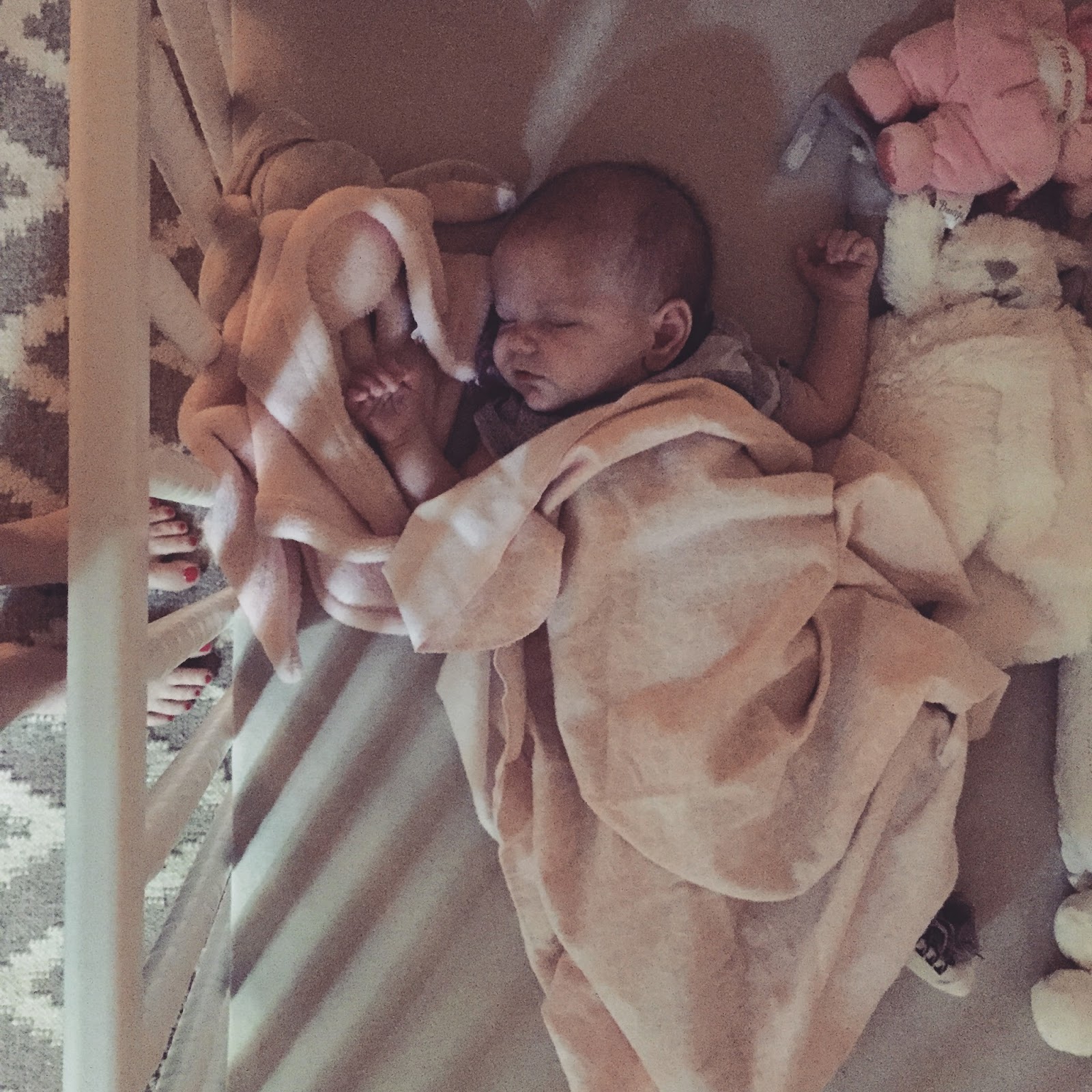 At the end of the day here is the deal… Although incredibly blessed and thankful that I can get pregnant easily, I still get sad thinking that I will never experience a vaginal birth since I always have to get C-Sections.  I also FULLY realize that I would probably not be here and neither would Stella had the C-Section technology not been around so I am not in any way bitter about the fact I had to have one to save her/ us… it was just not my ideal birth plan.  THEREFORE, the ONE NATURAL thing I wanted to be able to do as a Mom was breastfeed my girls… and in this case, I feel like I have failed…. TWICE.  The thought "I can't give birth to my babies OR feed them. I am a bad mom." enters my mind more than I care to admit.   I know these are not rational thoughts but it really hurts this Mama's pride and the mommy guilt is huge. I also wanted that bond, the convenience, and the affordability of it not to mention the health benefits for me and the baby! And to be honest, I was LOVING it before the dreaded weigh-ins started happening! The first week we had was bliss. 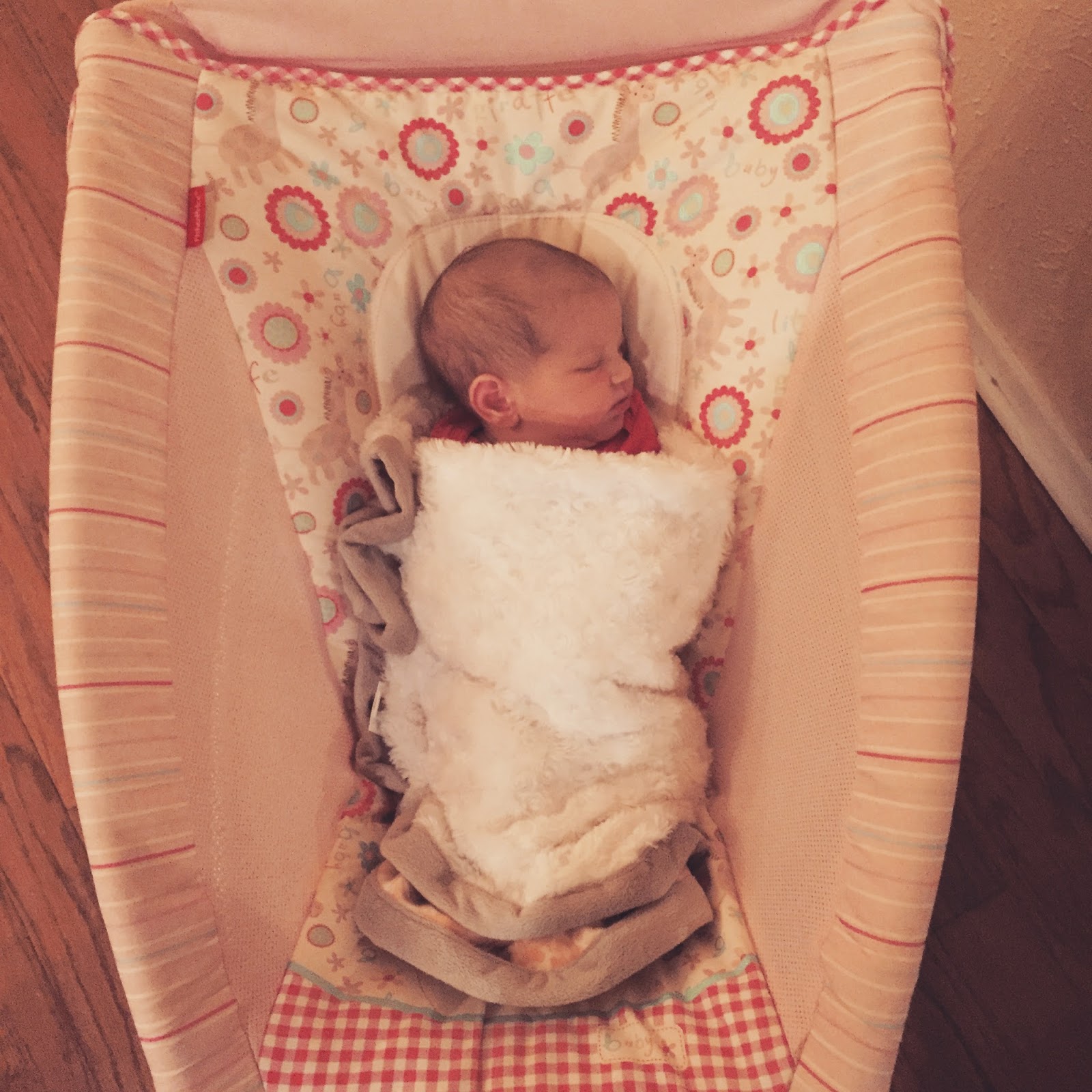 I have REALLY tried putting my pride aside and just focusing on my mental health and Chloé's health and not feeling like a failure because most of this was out of my control and I know that I put forth 100% of my time and effort into trying to make it work this time.  But I still cry sometimes when I compare myself to other moms who are able to do this successfully and easily or when people make innocent comments asking if I am still nursing because the truth is I WANTED to be and just couldn't make it work. For a very Type A, perfectionist it feels very much like failure and defeat. 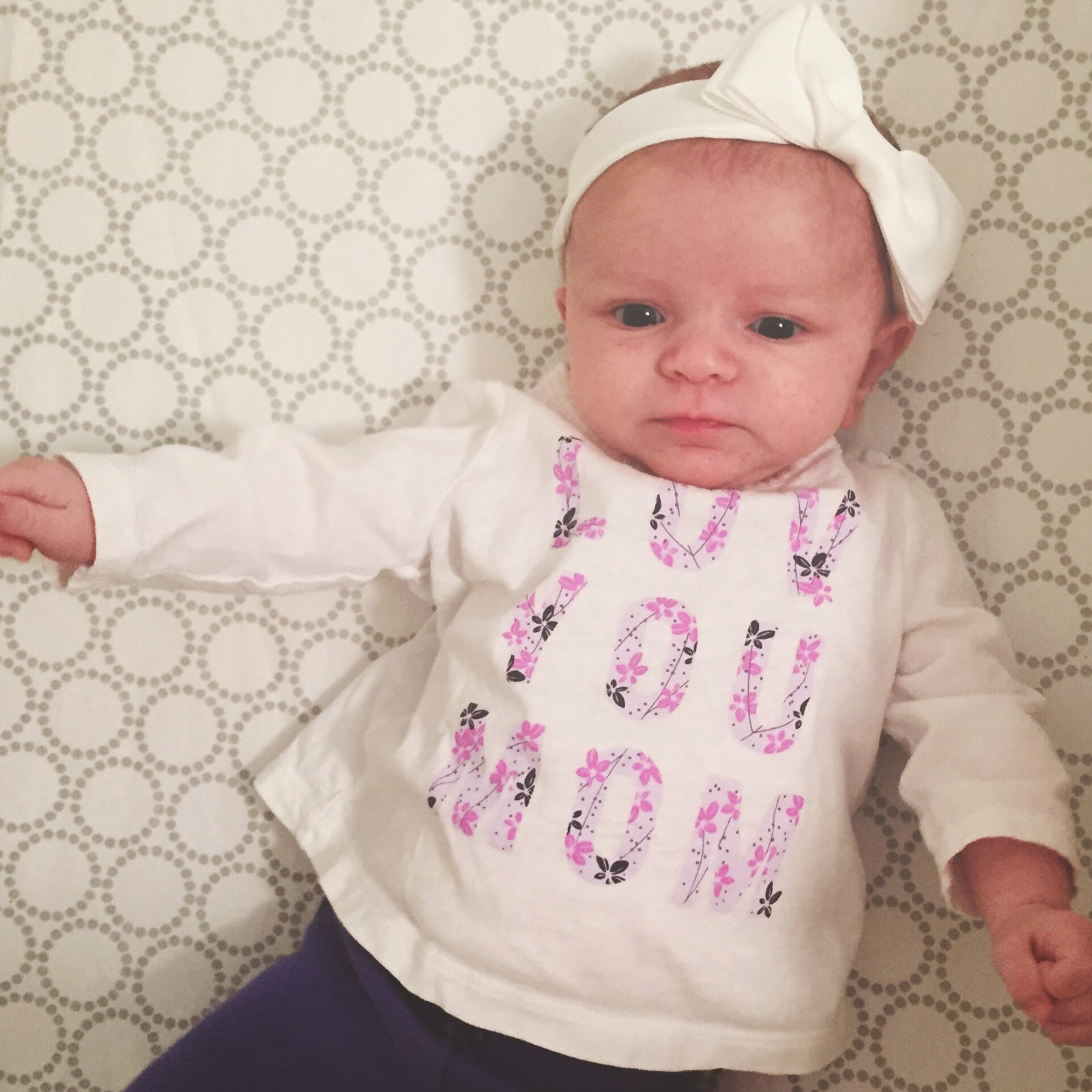 I know that I don't need to justify why I am bottle feeding at 6 weeks, but for some reason with society today, people look down on this.  I want THOSE people to know that breastfeeding does NOT work for everyone.  I am jealous of those who have an abundance of milk and whose babies have a perfect latch and they never feel any pain and it just "clicks."  That definitely has not happened for me either time despite my very best efforts.  So if you are one of those women, do not take it for granted.  You are very lucky indeed and please do not pass judgment on formula-fed, bottle feeding babies and moms because you do not know the back story and possible agony and pain that went into that decision. 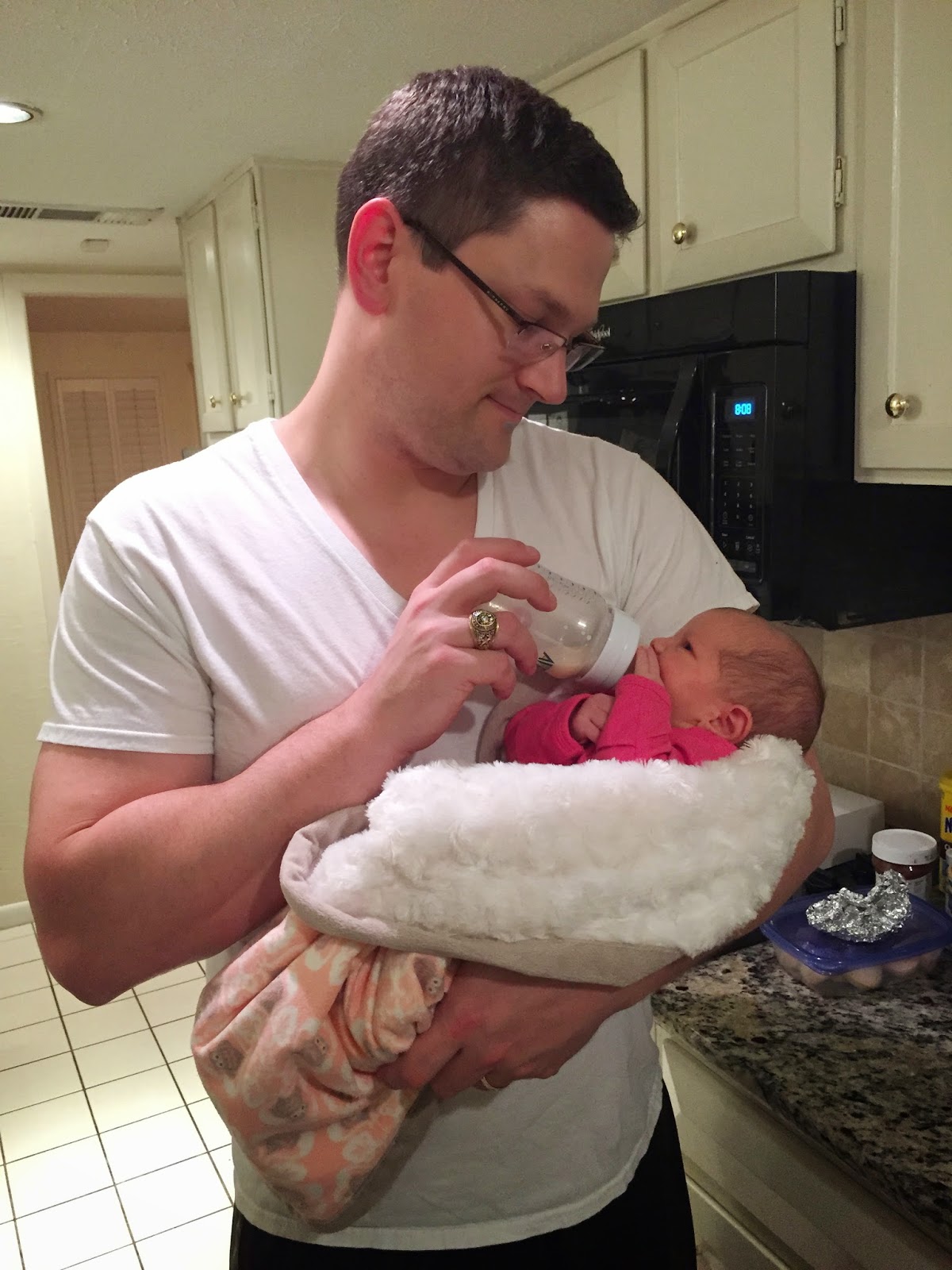 Moving forward, I am trying to keep my chin up and feel good about the fact that Chloé DID get some breast milk and also realize that I am not a bad mom or a failure of a mom because I had to make the switch so early on.  It has been an emotional week having my supply dry up and not second guessing my decision.  If we are lucky enough to have a 3rd baby, I fully intend on trying it again but next time I am not going to put the caliber of my "Mommyhood" as the standard of my succeeding or not succeeding at it.  We do not need to put that kind of pressure on ourselves.  At the end of the day, what makes you a good Mom is doing what is BEST for your baby and keeping them alive.  I feel like I have made the best decision for our family by switching to formula, even though it is not at all what I wanted or planned but I have learned throughout this whole parenting deal that OFTEN times, things do not turn out how we planned and we just have to learn to roll with it.  By bottle feeding, I am able to spend more time with Stella and Chloé and Logan is able to help me with the middle of the night feedings which has been great! I am also able to go out for a night with friends and leave Chloé with grandparents who get to share that bond with their granddaughter.  I also don't' have to worry about pumping and dumping … and believe me, I have taken full advantage of that ;) And overall, I am LESS of a hot mess full of anxiety, dread, and self pity now that we have closed that chapter. 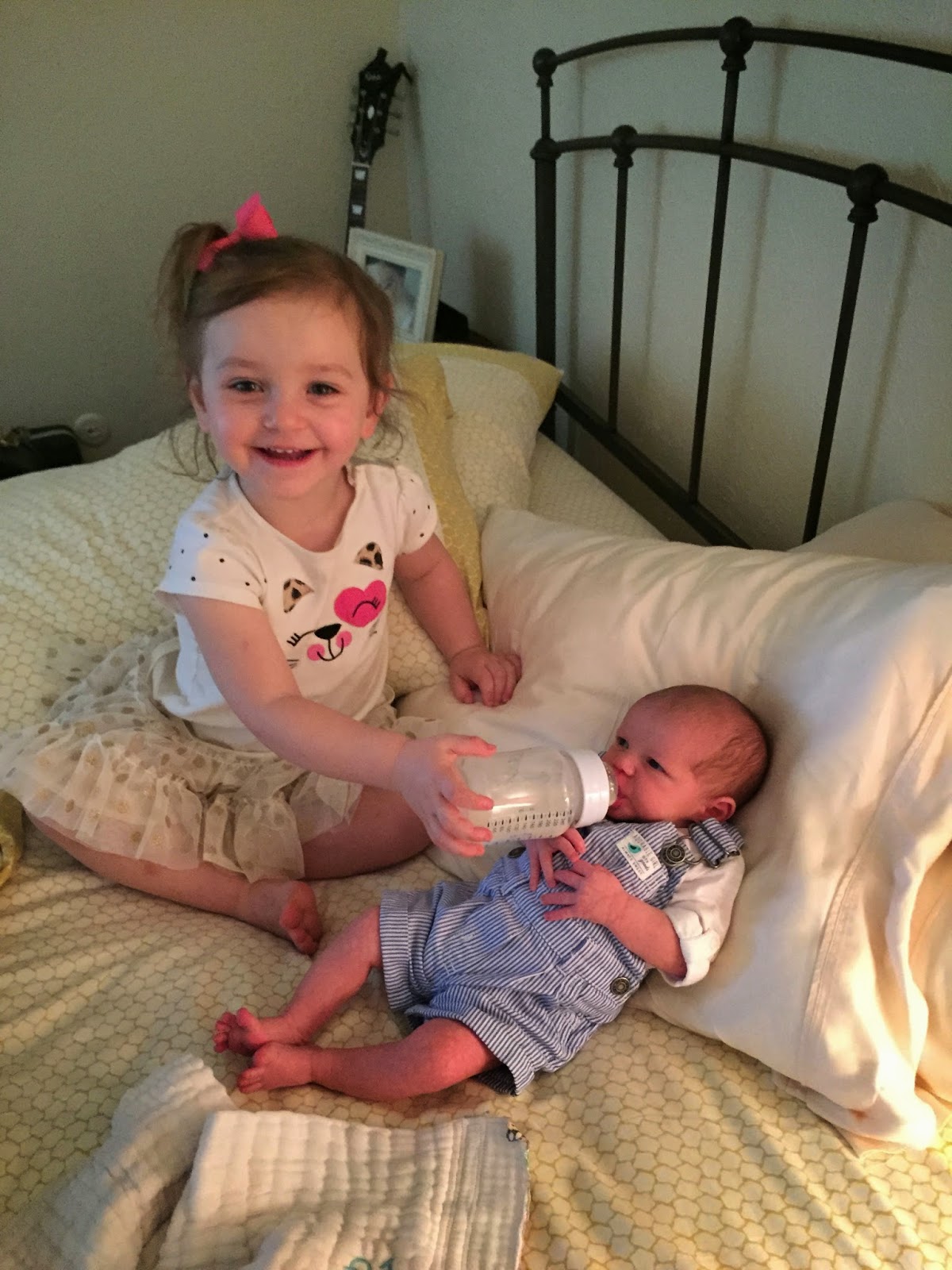 Hear me: YOU ARE AN EXCELLENT MOM!!! You are a HERO because you are doing what is best for you and your baby.


Let's be each other's biggest fans and cheerleaders rather than passing judgment because lets be honest… Motherhood is hard for all of us and we are all just doing the best that we can. 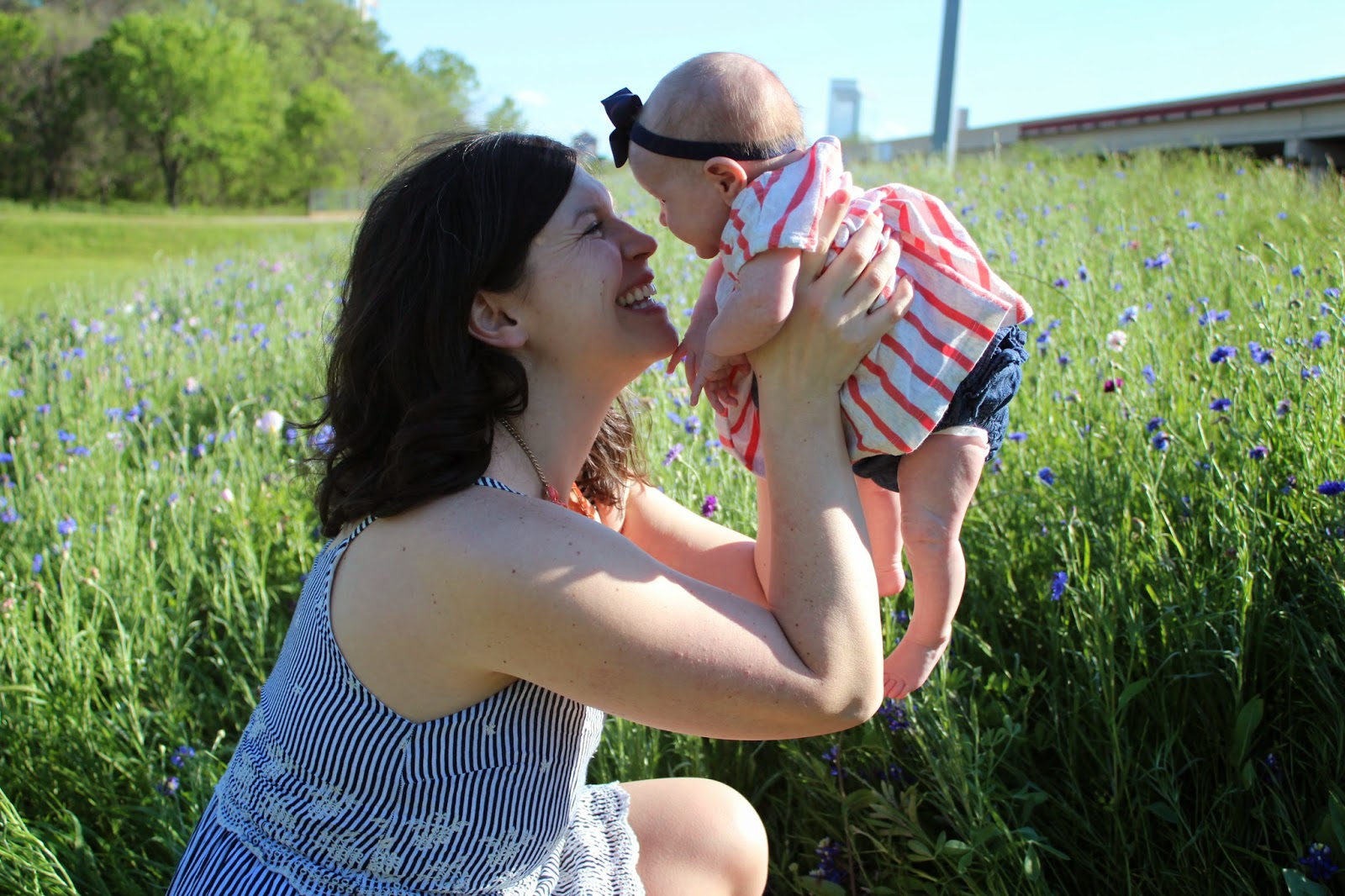