How it Felt to be a Trump Voter This Week


I have been a closet Trump voter this week.  Why? As a person who doesn't like confrontation and fears rejection, I wanted to hide and not put myself out there or take a stance either way.  Don't rock the boat, Abby.  You will lose friends and people's respect over this. But why are so many allowed to voice how they feel, yet somehow I feel like I can't?  So before you read on please treat me and my {probably different} opinion with respect.  Because we are all allowed to have our own opinions and this is mine.

I am for freedom of speech and I am GLAD that we don't live in a cookie cutter America.  How boring would that be? But the very people who claim to be "open minded" seem to be very close minded this week.  I have felt family members, friends and strangers label me as a LBGT-hater, a bigot, racist, sexist, etc. and for the past few days I have zipped it. My parents always told me if you don't have anything nice to say, then don't say anything at all.  But I want to take a moment and respectfully tell you how I landed on this {not easy} decision.

To start off, I contemplated NOT voting but NOT voting is an easy cop-out.  So I wrestled with the decision and frankly went back and forth.  Truthfully, I wanted NEITHER candidate.  I am FULLY aware of Trump's past and horrifying commentary {which he has apologized for} and that is the very reason I did NOT vote for him in the Primaries.  I also RESPECT Hillary voters because to be honest... I almost voted for HER.  There are SEVERAL issues that I agree with HER on. I find her poised, seasoned, determined, and honestly inspirational. I would also LOVE a female President someday and I loved her empowering speech to young girls and how they can do and be anything they want to be. I AGREE!!! I have 2 little girls of my own and I am already instilling that very thing in them.  I also want to point out that some of my very favorite people in the WORLD are from the LBGT community and I am fiercely PRO-REFUGEES.  My Mom's school is FULL of them and I adore each one of them. I fully intend on continuing to serve and minister to them despite the election results.  But for me, when push came to shove I voted on the platform.  I voted on the Supreme Court. I voted with a 30-40 year perspective vs. a 4 year stint in office.

But to clarify to so many that do not understand HOW or WHY.  Here is what I voted FOR.

A government who is:

I am more conservative when it comes to social issues.  But isn't that okay? Can't we all hold true to our own convictions?

Just because I disagree with you doesn't mean I have to disrespect you as a person.

And you know who has handled this transition with SUCH grace? That would be the two people who stood to lose the MOST in all of this.  Hillary Clinton AND President Obama.  Their speeches made me proud. WELL DONE to both of them.  President Obama said the Presidency is like a relay race.  You get passed the baton, run as best as you can, and then gracefully pass it off to the next person.  He said ANY amount of progress you made in your short term is a WIN! So now it's time to pass the baton temporarily to Donald Trump.

If you didn't watch Trump's Victory Speech after he won, I would highly encourage you to, as painful as it may be.  As a closet / skeptical Trump voter it actually affirmed my decision and got me excited! I look forward to seeing what an incredibly successful and smart businessman can do for our country in regards to infrastructure, bringing jobs back to America, and our national debt. I think it will be exciting to watch. Lets PRAY FOR HIM.  That he puts wise and strong leaders and influencers around him in DC.  (He is going to need it!) And pray that he is able to accomplish all the GOOD THINGS he says he wants to accomplish for the greater good of our country.

"Silencing those who simply exercised their right to vote in our free nation violates the core principles for which our country stands. I am by no means saying that those who were not happy with the results of the election do not have the right to mourn. They absolutely do. However, I am saying that those who are content with the results should feel safe in expressing their joy and optimism for the future of this country without the fear of being ostracized."
Full post here.
And as a Democrat Riaz Patel put :
The worst outcome of the election is that we have each been reduced to a series of broad labels that no longer reflect who we are. Mexican. White. Republican. Immigrant. Muslim. We may try to look at people as “labels” but we’ll never truly see them because THEY do not look at their own lives & families as labels. If, in the misery of this morning’s election hangover, we choose to continue to refer to Trump supporters as one collective “Them” I think that is as offensive as anything else I’ve heard in this election cycle and as ungracious as anything we feared from Trump supporters in the defeat we assumed would be theirs. I think a key part of beginning to heal is realizing Trump is not his supporters. Who he is and how he campaigned are truly distasteful to me. But his supporters are not him. They voted for a variety of reasons that are important and personal to them. And when I was with them this past weekend, everyone I came across showed me kindness & humanity. I hope, for their sake, the quality of their life improves. And that they are able to continue to work and provide their families with a safe and loving home.
Full article here.
I think the way we treat, love, and serve one another is separate from who is in the Oval Office. We need to start BEING THE HANDS AND FEET of Christ. Not all churches are the same. Not all Trump voters are the same. Not all Democrats are the same. We each have our own convictions and reasons why we voted the way we did and truly, I respect all of my friends and family who voted for the other candidate. It was a hard decision for me.
All I am asking is for that respect to be mutual.
CHRIST = LOVE
Lets be like HIM. 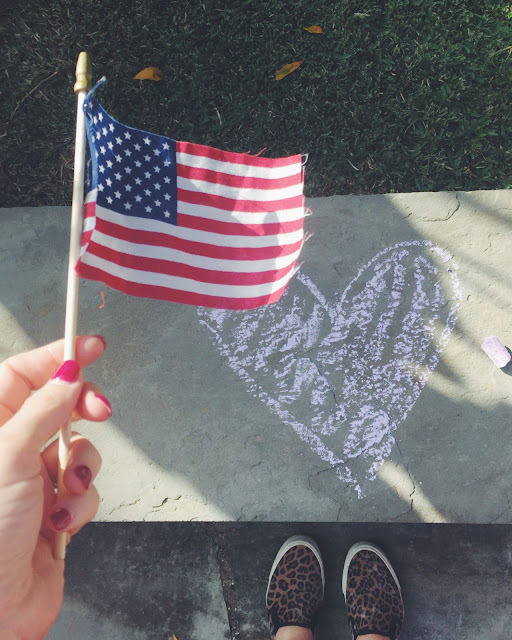